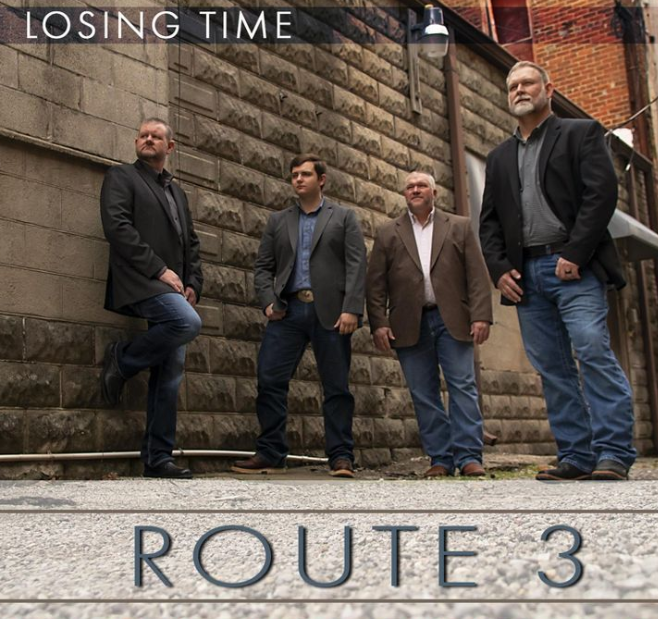 Jason Jordan and his bandmates in bluegrass outfit Route 3 made a deep and positive impression with their self-titled debut. They haven’t wasted any time following it, however, with a sophomore effort dispelling any notions about a jinx for these Missouri-based talents. Jordan is joined on Losing Time, as before, by bassist Doug Clifton, banjo player Gaylon Harper, and guitarist (and comparative youngster) Roy Bond for an overall much finer effort than their outstanding debut. The eleven-track collection solidifies Route 3’s status as one of the pre-eminent bluegrass bands working today.

Forget genres, the title song opens the album and it’s just a good song, not a good bluegrass song, a good pop song in disguise. It has a flat-out common-sense structure where each line of the lyric flows into the next and a pleasing inevitability drives the song. It doesn’t break new instrumental ground. The four-piece Route 3 is as hidebound as they come with the usual configuration of banjo, guitar, and bass leading the way.

The tasteful vocal harmonies, as well, reveal musicians thoroughly steeped in tradition. “South Bound Train” steps away from the strong harmonies of the title cut in favor of a stronger fiddle presence in the mix. This is a more muted and melancholy performance than even the fatalistic opener and opting for a single singer to carry the tune, disregarding the gossamer-light vocal harmonies joining during select passages, heightens the intimacy of its despair.

Losing Time’s first single “Cartersville” shows how Route 3’s ambitions are expanding. The band’s self-titled debut served notice that Route 3 possesses the necessary skill to check off customary bluegrass boxes. Songs such as this, the title track, and others, however, illustrate the band’s ability to take their songs to the next level.

The narrative underpinning the song and arrangement rates among the band’s high points. It’s every bit as much a highlight of the performance as the playing without one ever overshadowing the other. One of the band’s prominent strengths exhibited time and again over the course of Losing Time is their vocals. Each of the band members can sing to a greater or lesser degree and Route 3’s versatility in this area is another bluegrass hallmark they check off for purists and newcomers alike.