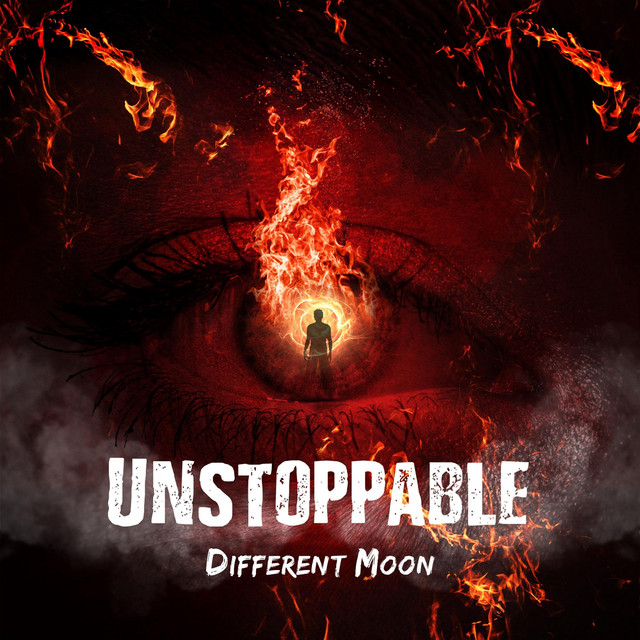 Rock’s best attribute has been its ability to stand on the outside and represent, no matter what the time of year or the culture of politics it’s rebelling against happens to be, and in “Unstoppable,” Different Moon continues the tradition of 80s-influenced art-pop avant-gardism in a manner that is bound to get a lot of critics intrigued this November. Although there’s a bit of pop conventionality afforded to the hook in this song, “Unstoppable” reaches as far away from the mainstream melodies you’re going to hear on the Top 40 this fall without slipping into absolute pop excess, the kind normally reserved for those who think bands like Roxette and The Cure were a little too conservative with their sound during their peaks.

The lead vocal in this single epitomizes the vibe that the instrumentation structures through unpredictable tempo, and yet somehow it doesn’t sound like it’s all over the place or messy at all. If anything, our singer is doing a lot to keep the loose ends together in “Unstoppable” and proving once and for all that you don’t need a lot of elaborate lyricism to break off a spectacularly vocal-driven performance, no matter the genre. Different Moon is not a conventional project, and he has a technique in this performance that could be described as a formula all his own, but I don’t know that his unique elements aren’t what will make him an influential character both in and outside of his scene in the future.

This arrangement has got to be the most rigid part of “Unstoppable,” but the flow it allows for the harmony to be supported by makes every intricate bump and bang in the groove feel more than worth it. Sometimes you have to step outside of the box to figure out how to illustrate its most enticing components, and if there’s one artist I’ve listened to this November who has reminded me of this without fail, it’s Jim Piper under the Different Moon moniker. He doesn’t want to be a complete outsider, but instead someone who can show us what has been existing right in front of us the entire time, and in today’s mundane pop beat, his could be just the kind of righteous recklessness we need to hear.

I didn’t know much about Different Moon before I got into “Unstoppable,” but I can understand why the project has been attracting the kind of buzz to his brand that he has been in this latter half of 2022 when I listen to this single. Piper’s swaggering disposition aside, there’s an honest capability being spotlighted in this performance that isn’t something that you can come across just filliping across the FM dial; he’s a true descendent of the college rockers who laid the groundwork for contemporary alternative rock and synth-pop without any sort of commercial or cosmetic support from the music industry. Different Moon is keeping a light on in the window for those of us who miss the days of organic pop enthusiasm, and, were he not, I don’t think he’d be making material as gripping as this is.

The music of Different Moon has been heard all over the world in partnership with the radio plugging services offered by Musik and Film Radio Promotions Division.  Learn more https://musikandfilm.com