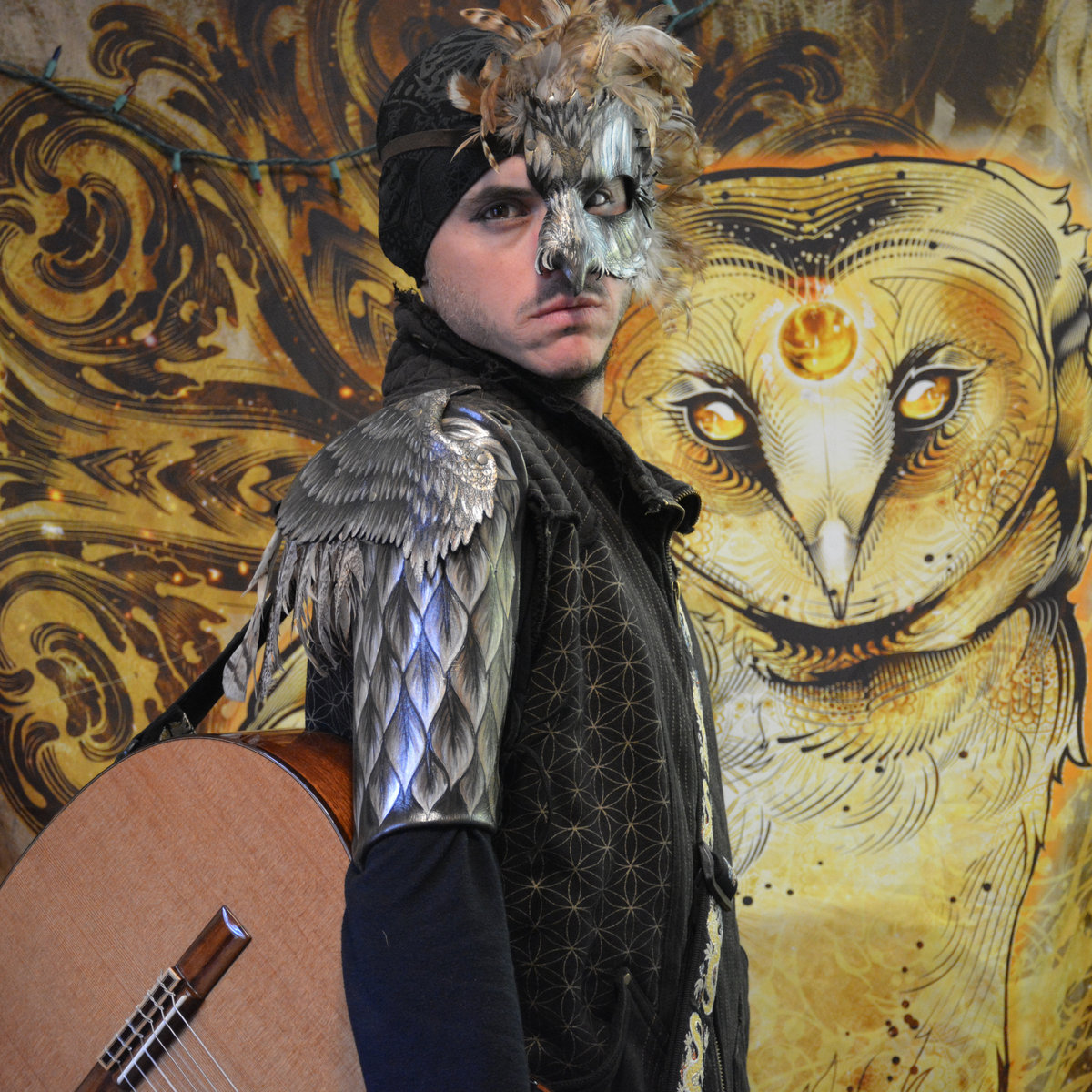 CelestiOwl has released over forty albums over a three decade plus long professional musical journey. This staggering rate of productivity suggests that, at this point, he may be slowing down. His new EP release Metanoia dispels any such notions. Four songs may seem like a paltry offering to some and, even more, no evidence of ongoing creative vitality. The songs do not lie, however.

Nor does the musicianship. I hear a guitarist working at or near the peak of his considerable powers during the first song “Hamartia – The AErrows of AEros” but, refreshingly, he stays focused on the song before all else. I am thankful to never hear any shallow displays of his instrumental virtuosity. The first song makes it clear that his guitar-playing talent tilts toward composition more than anything else and the listeners reap ample benefits from that focus. This isn’t an instrumental exercise. It is a conceptual piece and the thought and concentration put into its writing are obvious.

It isn’t overwrought though. The EP’s second song “Coming hOMe” escapes that fate as well. His penchant for memorable melodies heard during the opener powers this song too and balances against the added wrinkles incorporated into the arrangement. His musical spirit is restless and always searching for new layers, uncovering new ways of hearing the melody. The attention he pays to dynamics gives the songs plenty of power.

“Duende” showcases that understanding of dynamics is better than any other song. Listeners are much more in a world of shadow than any of the other songs, but it’s never one-note. He manipulates the song’s trajectory with skill and surprises listeners with several standout moments. It feels like the EP’s climax in some ways, as many will wonder where can he go from here, but it’s a harbinger of even greater heights to come.

The EP’s finale “Absence – I Fear and Long for You Most” satisfies and entertains. The slight musical sleight of hand it produces, feinting with another gentle and meditative direction before reaching an unexpected crescendo, is one of the EP’s peaks. He has completed the release with a full-on masterpiece in miniature that encapsulates his style and primary motifs in a dramatic, gripping manner. You’ll find yourself returning to this song a lot if you love this EP.

There’s a lot to love. CelestiOwl’s Metanoia is a one man show and full of impossible riches despite its limited instrumentation. He drums on his guitar, sings a little early on without ever revealing a single lyric in the process, and fills these four songs with an improbable amount of soul. It is impossible to not feel these compositions in your bones when you hear them. CelestiOwl is a spell weaver and embodies the shamanistic traditions he embraces with each of these tracks. They radiate an effortless magic that even listeners who usually reject this style of music will likely enjoy – if not love. It’s one of the year’s finest releases, instrumental or otherwise, and bodes well for his journey moving forward from here.