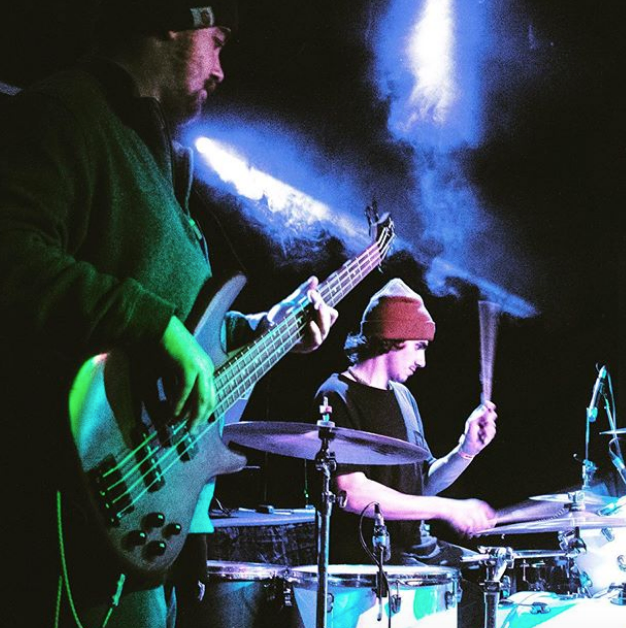 New Hampshire’s The Bulkheads proudly refer to themselves as a funk jam band and the extended six piece lineup proves they aren’t kidding. They have brought their unique brand of music to audiences since first forming in 2019 and are riding high in anticipation of their new album release due to hit on August 20th of 2023. They are already laying the groundwork for this release. The single “Greyhound” kicks off their new year in impressive fashion and serves notice that this Northeastern band are more than ready to consolidate and expand on the gains they’ve made in recent history. Few modern indie acts are as set for success as The Bulkheads.

Keyboardist Joey Bonenfant begins the song with tasty playing before the full band falls in behind him. They are romping from the outset. This is groove-heavy music sparkling with personality and it’s well nigh impossible to not be swept away once Ari Landau’s saxophone begins wailing. Drummer Andrew Morrissey gives The Bulkheads a palpable bounce with his playing that keeps the track moving; he drops in percussive adornments that take the track into a higher gear.

The one-two vocal punch of Bonenfant and Adrienne Mack-Davis set the band apart from the contemporaries. Mack-Davis has a supporting role during this song as Bonenfant leads the way. His vocals percolate with personality without ever overplaying his hand. There is an assortment of instrumental breaks built into the song. The first is relatively straightforward as guitarist Jeremy B. Morse trades off a brief call and response volley with Landau’s saxophone.

The second instrumental break is far different. Morrissey’s drumming shifts the tempo into a more stately pulse, stretching out his beats further apart than before, and “Greyhound” takes on an expansive feel. It’s obvious that the single is written in an open-ended fashion conducive for the band to stretch out in a live setting. The recording, however, is nevertheless distinguished by the instrumental interplay occurring during the song’s second half.

Morse’s guitar shines and unleashes some fiery, yet abbreviated, lines. Landau makes his presence felt again and Mack-Davis’s near ghostly presence echoes throughout the mix. The Bulkheads’ “Greyhound” benefits in a big way from outstanding production that ensures each of the band’s six members are well represented in the mix. There are no shortcuts and precious little post-production effects layered over the performance. It has punch and pizzaz while reflecting the talents of its participants.

The Bulkheads have established quite a reputation for themselves in a brief run, but they aren’t resting on their laurels. If “Greyhound” is any indication of what awaits us with the band’s new album, existing and new fans alike are in for a treat that will likely rank among 2023’s best new releases. Their obvious love for songwriting and performing continues to pay enormous dividends for this New Hampshire based act and will keep doing so for many years to come. It’s must hear for anyone who love hair-raising and physical funk with plenty of soul to spare.