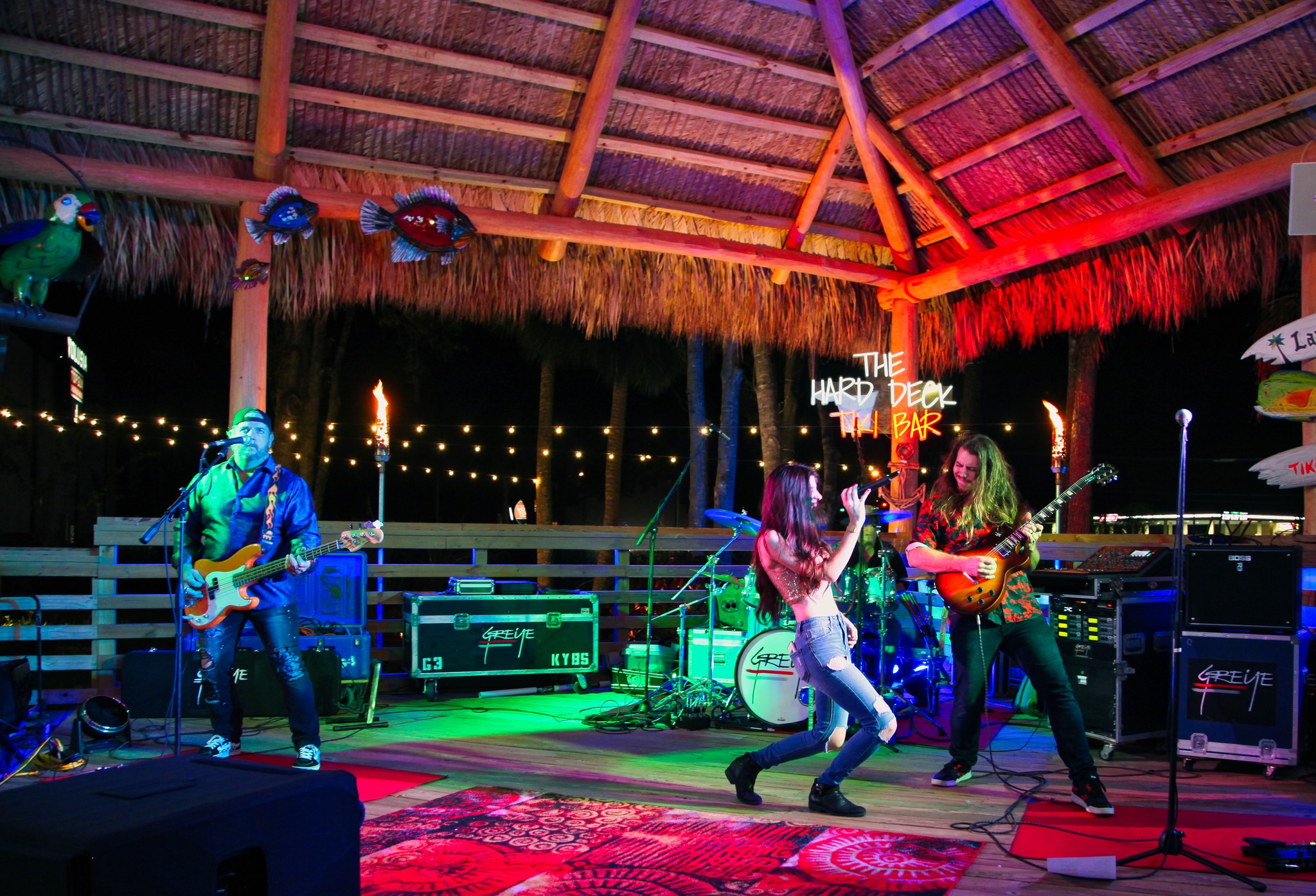 I’m grateful for a lot of things in this new year and one is that Greye, unquestionably one of the best rock bands working today, has come back with a new single. “Bang Bang” is a scintillating reminder of the mammoth talents this Florida based quartet can channel and manifest with little apparent effort. Lead singer Hannah Summer, setting her obvious physical beauty aside, is a classic hard rock vocalist suited for modern times. She brings a hard-nosed attitude reflective of the world we live in today together with a mastery of fundamentals that sets her apart from countless other cookie-cutter singers. It’s impossible to not be impressed by her skill. The remaining band members, as well, commit every ounce of their passion and skill to make “Bang Bang” an unforgettable listening experience.

It brokers no quarter. Greye is intent from the first note on grabbing the listener’s attention whether they like it or not. Once they have it, they won’t give it up. Jett Wolfe’s guitar riffs come off like a steam roller, flattening any resistance in its path, and have a crushing effect. The warmth and muscle of his guitar sound will be the envy of many players. Drummer Ray Grimard and bass player Eddie Avella are exceptional collaborators for Wolfe and provide far more than a basic rhythm section attack. They are fluid, challenging, and give the song what it needs at every turn.

Summer’s singing is a perfect match for that musical attack. She brokers no quarter, as well, but sings with an impossible amount of personality. It brings the words to life in a way simple screaming could never do and it’s the chief strength setting her apart from other singers working today. She tailors her voice to the arrangement as well and her timing is impeccable. She may not play an instrument in the band, but evidence of her outstanding musical instincts is present throughout the performance. Her aforementioned personality comes out at various points during the song.

She’s got great lyrics to work with as well. It’s grounded in the language of today, so every listener will be able to connect with the content. The song is full of a gamut of emotions and the bristling attitude behind the lyrics comes to life through Summer’s interpretation. It resembles the arrangement, as well, in the way they never overwrite the lyrics.

Greye’s “Bang Bang” rates as one of their best singles yet and proves, if anyone needs proof, that the Daytona Beach based band is far from exhausted. They haven’t even reached their peak yet. Each new release from the band comes closer and closer, however, and they crackle with the same unquestionable intensity we’ve heard from the band from the start. They are far from finished. “Bang Bang” shows that they have many peak moments left ahead of them and are every bit as engaged with their music making as they were when they began their journey. Let’s follow them every step of the way.

ABC Not Looking for T.J. Holmes and Amy Robach Replacements
Watch Billy Corgan, Alanis Morissette, More Perform at Lisa Marie Presley Tribute
Ariana Grande Sings Cover of ‘Over the Rainbow’ After Being Told She’s ‘Not a Singer’ Anymore
Fans Are Using AI to Make Their Favorite Pop Stars Sing Anything
Songs about Leadership