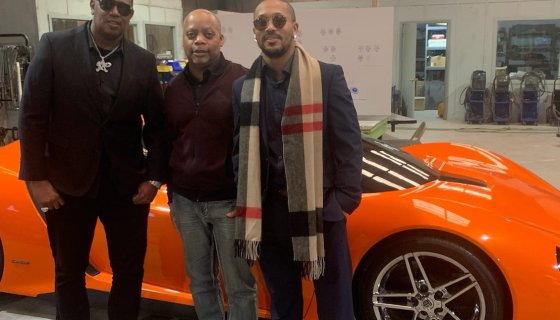 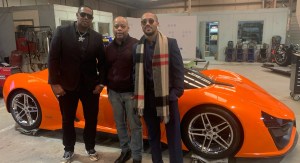 Tesla and the company’s Model S vehicle is one of the most sought-after luxury vehicles in its class, and an engineer who worked on the car is set on making history. Richard Patterson, who was one of the engineers of the Model S, is now noted as the first Black owner of an exotic auto manufacturing company, and Master P highlighted Patterson’s Trion Supercars line.

In a press release that went out last week, Percy “Master P” Miller and his son Romeo featured Patterson on the Master P Reviews YouTube program. Putting a focus on Patterson’s Trion Supercars Group, P and Romeo checked out the company’s 2000-horsepower Nemesis car. The Millers were so blown away by the car that they gave it a rating of 10 across the board.

“I just want to let black people and minorities across the world know how big this is… to have a brother like you to be a part of technology, creating stuff that can change the world,” Master P was quoted as saying about Patterson’s high-end ride.

Patterson’s foray into automobile manufacturing and design began when he was just a teenager in Detroit, Mich. for General Motors. He went on to work as the advanced vehicle engineer for the Tesla Model S and is reportedly only one of four four automotive engineers that can build a car from early design schematics to full production. Patterson was also responsible for designing the landing gear for the Boeing 777 and the carseat folding system inside the Dodge Minivan.

Check out Master P’s review of the Trion Supercars’ Nemesis below.