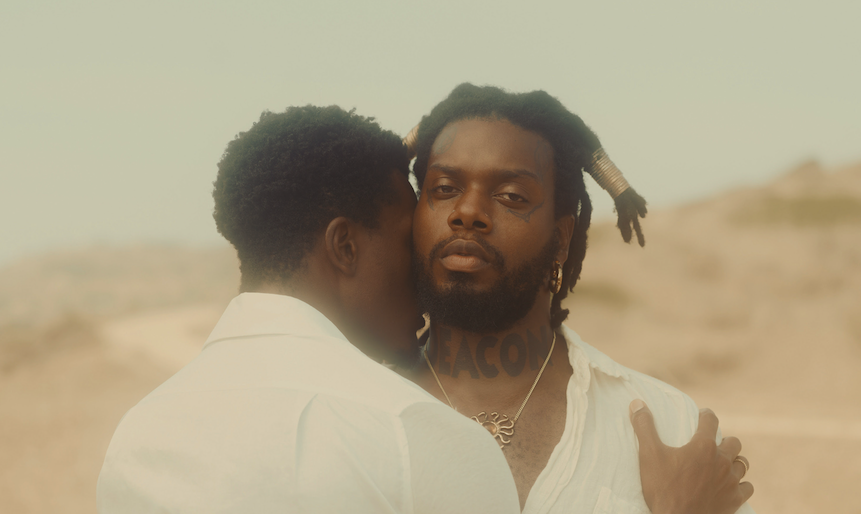 Serpentwithfeet is embarking on a new era of music. The Baltimore-born artist has teamed up with Sampha and Lil Silva for his new single titled “Fellowship.”

The delightful tune, which serpentwithfeet co-wrote and co-produced with Sampha and Lil Silva, celebrates the bond formed from friendships.”I’m so thankful for my friends, my friends / I’m thankful for the love I share with my friends,” they sing on the chorus.

Speaking on his new song, serpent explained in a press release, “I dedicate ‘Fellowship’ to anyone who has had a good friend or been a good friend.”

Serpentwithfeet also released the accompanying visual for “Fellowship.” The Kordae Jatafa Henry-directed clip shows serpentwithfeet and his partner enjoying each other’s company on a beach.

“Fellowship” is the lead track from serpentwithfeet’s upcoming sophomore album, Deacon. The 11-track album, which will also include a feature from Nao, is set to release on March 26 via Secretly Canadian.

“I originally approached this project wanting to make something that felt very sensuous. Something a lot softer, a lot more gentle than my previous work,” serpent explained. “I wanted to create something that felt calm and restrained. This was my way of tapping into the energy many deacons possess,” he added.

Listen to “Fellowship” by serpentwithfeet featuring Sampha and Lil Silva below.