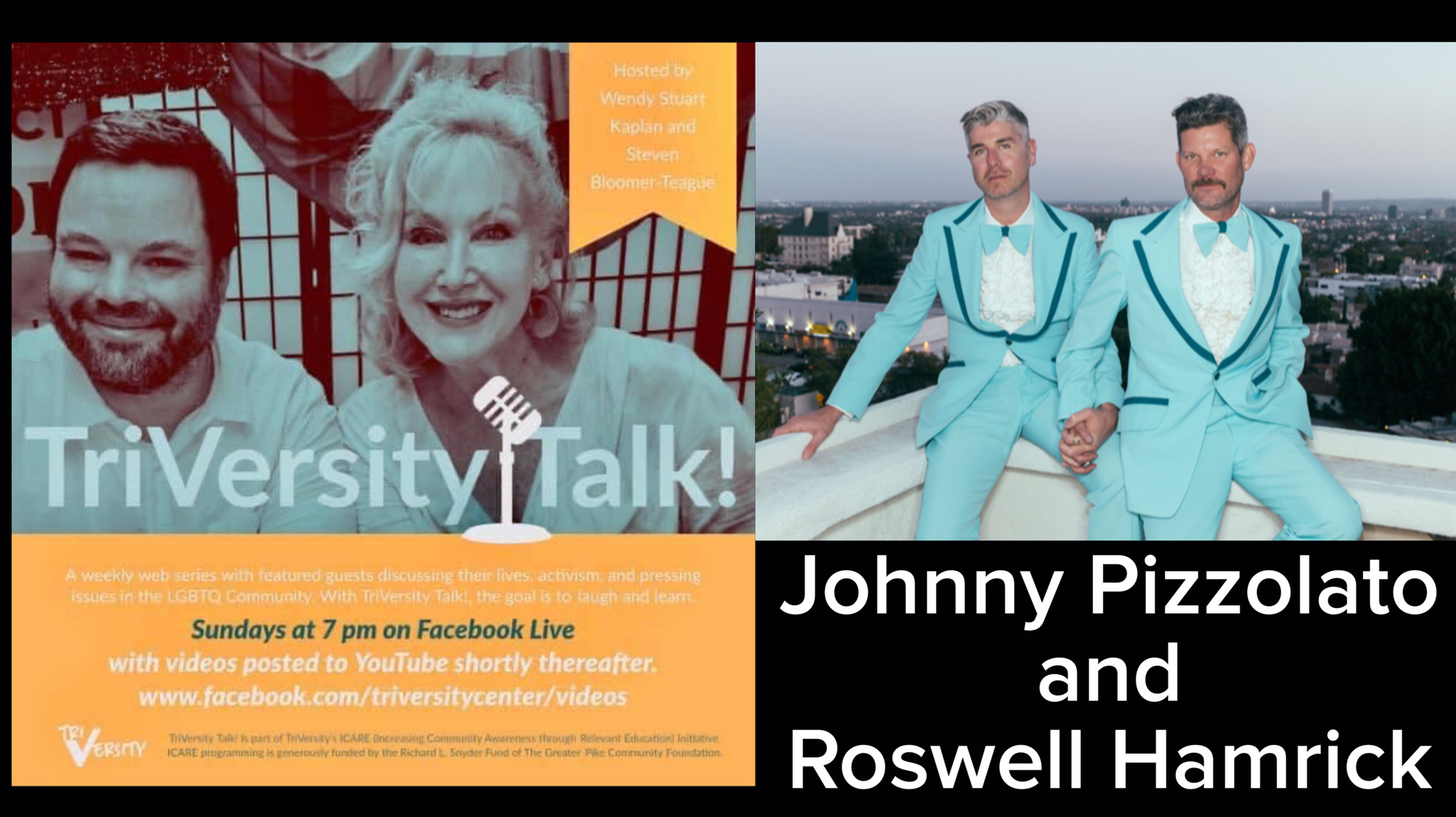 TriVersity Talk is a weekly web series with featured guests discussing their lives, activism and pressing issues in the LGBTQ Community. With TriVersity Talk!, the goal is to laugh and learn.

This week’s featured guests are none other than the dashing duo of Johnny Pizzolato and Roswell Hamrick, owners of The “Stickett Inn” in Barryville, New York! Wendy Stuart Kaplan and Steven Bloomer-Teague are excited  to talk with Johnny and Roswell about what brought them together, what it’s like being LGBTQ+ business owners in rural New York, and what makes their Stickett Inn Cider so darn good.

More about Johnny and Roswell –

Johnny Pizzolato is an Illinois-native, former thespian and punk singer-cum-fashion publicist. His band, The johns, spent 5 weeks on Logo’s NewNowNext video with their single “Shake It”. They released 3 albums, and extensively toured the EAST and WEST coast, playing more than 50 shows in NYC. He starred in Off-Broadway productions of Shadowboy, 3Sum, Liz Swados’ Jabu at The Flea Theatre, and Josh Fox’s Limitless Joy. He founded International Playground, a fashion incubator for emerging designers in 2009 which has grown into a full production and PR agency, focusing on LGBTQI brands and minority events, public relations, and corporate partnerships. He splits his time between NYC and Sullivan County, NY and serves on the Greater Barryville Chamber of Commerce, and is the chairman of the Upper Delaware Scenic Byway Committee.

Roswell Hamrick is a native South Carolinian (Steven can’t wait to talk about this!!) who has worked as an art director and production designer in film and television for over 20 years. He resides between NYC and has lived in Sullivan County for over 20 years. Film and TV projects include a long run at Tyler Perry Studios, designer on Queer Eye for the Straight Guy, and independent films including Boiler Room, Igby Goes Down, and Polookaville. Roswell was one of the founders and is the current president of the Greater Barryville Chamber of Commerce.

The official website for the TriVersity Center may be found at https://www.triversitycenter.org