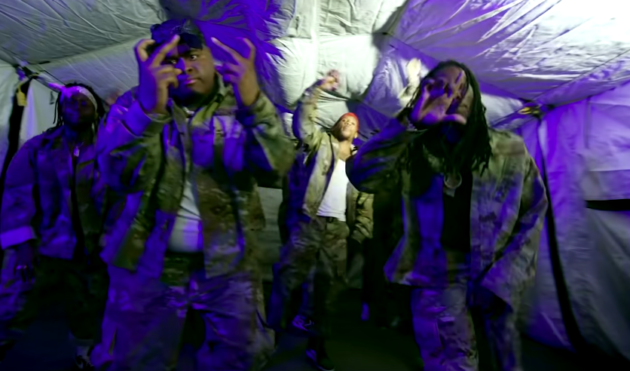 Quality Control’s Duke Deuce’s stomping with his fellow troops in the music video to his new single, “Soldiers Steppin”.

In his self-directed clip, the crunk star out of Memphis hits a boot camp where his sergeant gets his platoon in order. They run a few exercise routines, perch on top of an artillery mobile, and march along to the Ayoza-produced beat.