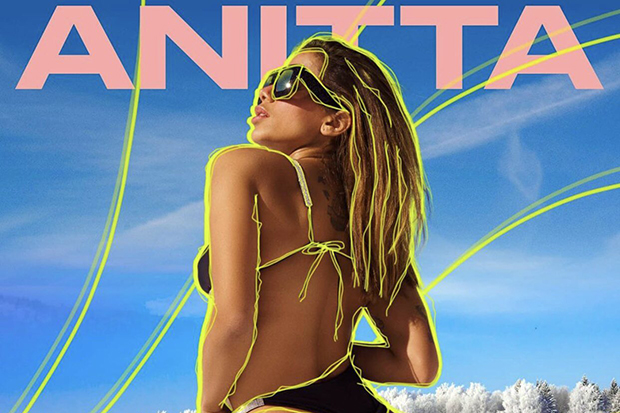 Anitta links with Cardi B and Myke Towers for a sizzling banger called ‘Me Gusta.’

Brazilian pop goddess Anitta is relaunching on January 29 with a new single called “Loco.” The global superstar unveiled the typically sexy cover art (below) on social media and shared a snippet of the track, while sounds like a sultry banger. Given the 27-year-old’s rising profile, there’s every chance of “Loco” being another important step in her bid for an American crossover. It’s still early days, but Anitta is already making a lot of progress thanks to a series of viral hits.

Since inking a US deal with Warner Music, the hitmaker has released a sexy bop called “Tócame” and landed a massive streaming hit (200 million and counting) with “Me Gusta” — a star-studded collaboration with Cardi B and Myke Towers. She then rolled out a Spanglish update of Mary J. Blige’s 1992 hit “Real Love” called “Amor Real.” In Anitta’s hands, the song became a loved-up Latin anthem with a warm, festive twist. It’s no surprise then that it was used in Target’s Christmas campaign. See Anitta’s latest announcement below.

Are you excited for Anitta’s new single? Let us know below, or by hitting us up on Facebook and Twitter!