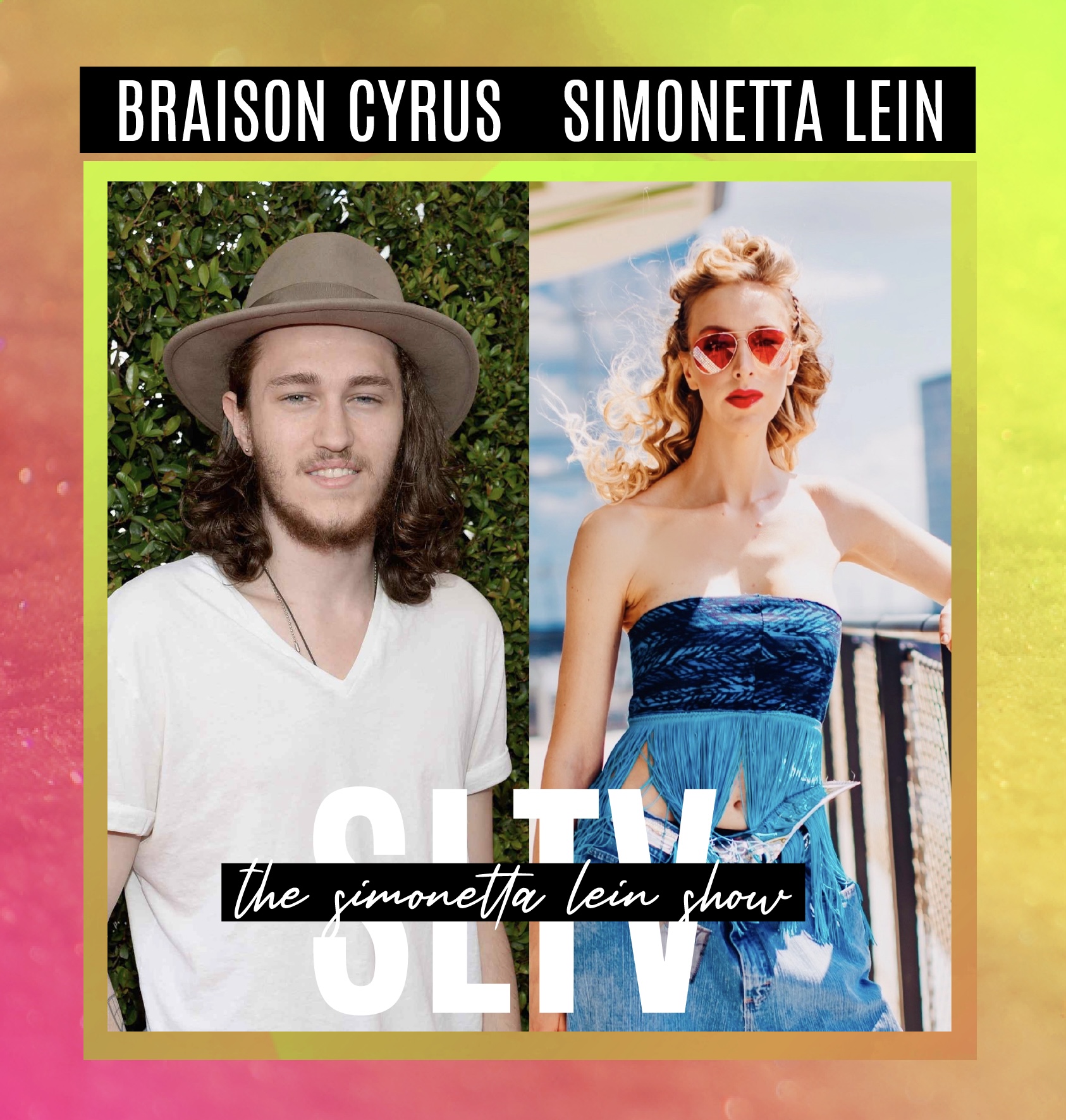 Braison Cyrus is a featured guest on The Simonetta Lein Show on SLTV.

Braison Cyrus was raised in Nashville, TN, wandering pastures and wooded lands, in a home where history and art were woven into family life. He gravitated to influences like The Band, Neil Young, Bright Eyes, My Morning Jacket, Fleet Foxes, and Band of Horses. In 2018, Braison released “I’ll Never Leave You,” a vagabond’s goodbye-for-now and toured theaters across the US. In August, Braison uploaded a “b-side” from 2013 called “Glass Between Us,” that showcased a lilting falsetto and warbling soundscape. Billboard wrote, “the sprawling, slightly spacey “Glass Between Us” showcases Cyrus’ range.” Currently, he is recording his full-length album in Nashville for release in 2021.  As a nationally renowned American, folk-pop singer and songwriter, Braison continues to prove the endless passions of his musically talented family, including Billy-Ray, Noah, and Miley Cyrus.

Simonetta’s prominent profile on Instagram has earned her more than three  million followers, and she continues to grow her following by demonstrating her commitment to making a difference in her adopted city of Philadelphia and all around the world.

Originally from the north of Italy, Simonetta modeled for Vogue Italia, Vanity Fair Italy and Cosmopolitan while building a career as a renowned fashion influencer and spokesperson. She’s been a contributor for Vanity Fair Italy, La Repubblica, and La Voce Di New York, Forbes, Entrepreneur and Huffington Post. Her Book, “Everything Is Possible: A Novel About the Power of Dreams,” is a testament to her unwavering commitment to empowering her peers and herself.

The Simonetta Lein Show may be found on IMDB here.