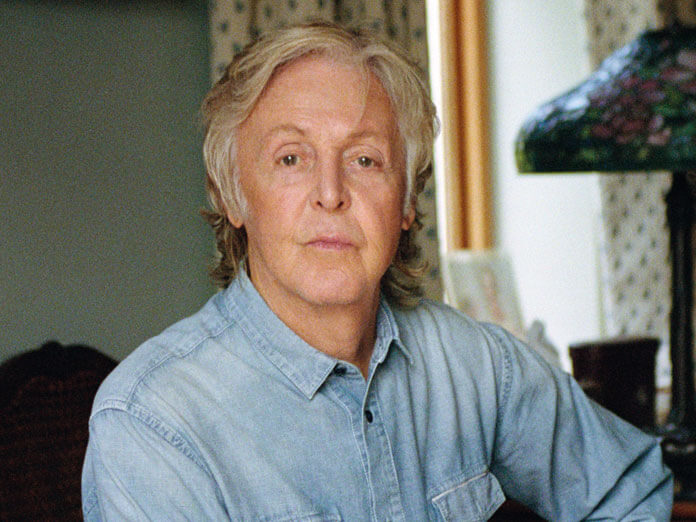 Moments of crisis have often been strangely liberating for Paul McCartney’s music. When The Beatles were running on vapours, he retrenched and wrote his disarming debut album, McCartney. Ten years later, after a pot bust, a cancelled tour and a general weariness with Wings, he broke free to make McCartney II in 1980.

These are both great albums and big ones, but they seem to have defined themselves very clearly as a “type” in Macca’s mind, and in his canon. Rather than “proper” records (today he uses the word “commercial”) if it’s called McCartney somewhere then it’s in some way an escape from routine, a sort of skive. Like when movie directors used to say they made one for the studio and one for themselves, these are the records where he is free to be the McCartney he wants rather than the one he thinks people expect him to be.

Now, with the pandemic having upset his scheduled plans, he has turned a crisis in the world into another opportunity to step off the treadmill of being Sir Paul and make a McCartney record, McCartney III. Obviously, it conveniently chimes with the 50th anniversary of his life as a solo artist, so you suspect this can’t have been done in quite the off-the-cuff way we’re being encouraged to think of it. But the whole thing is loose, strange and has a welcome feeling of experiment.

We duly join Sir Paul chopping away at the acoustic guitar on a song called “Long Tailed Winter Bird”, working over a Byrdsy, vaguely modal open-string run, then gradually adding layers of Macca to himself: bass, guitar, hypnotic vocals, drums, backwards recorders. It sounds a bit like “Weather With You” by Crowded House, which in the bigger karmic picture of give and take, is probably fair enough.

Ad hoc, anything goes is the mood of what follows. Much is accomplished and playful. At other times, he simply sits with a traditional instrument (piano on “Women And Wives”; acoustic guitar on “Kiss Of Venus”) and lets his unique melodic gold
tumble out. But the best moments are when McCartney sounds as if he’s genuinely pursuing the strangest idea he can, only to bust through the fabric into genuine origination.

A chief case in point might be “Slidin’”, which marshals an Arctic Monkeys-style guitar riff with an incredible falsetto tune. It’s rowdy and very slinky. The voice is also key to the album’s best track, “Deep Deep Feeling”. Over minimal beats, McCartney layers vocal riffs on top of each other to build an engrossing freakout – all with a stately Eric Clapton-style guitar solo too. It’s very strange, it’s eight minutes long and you can’t hum it.

There’s a lot of responsibility that goes along with being Paul McCartney, and no-one knows that better than Paul McCartney. But when he allows himself to forget who he is and just remember what it is that he does, he can still come up with songs to surprise you. More impressively, maybe even surprise himself.