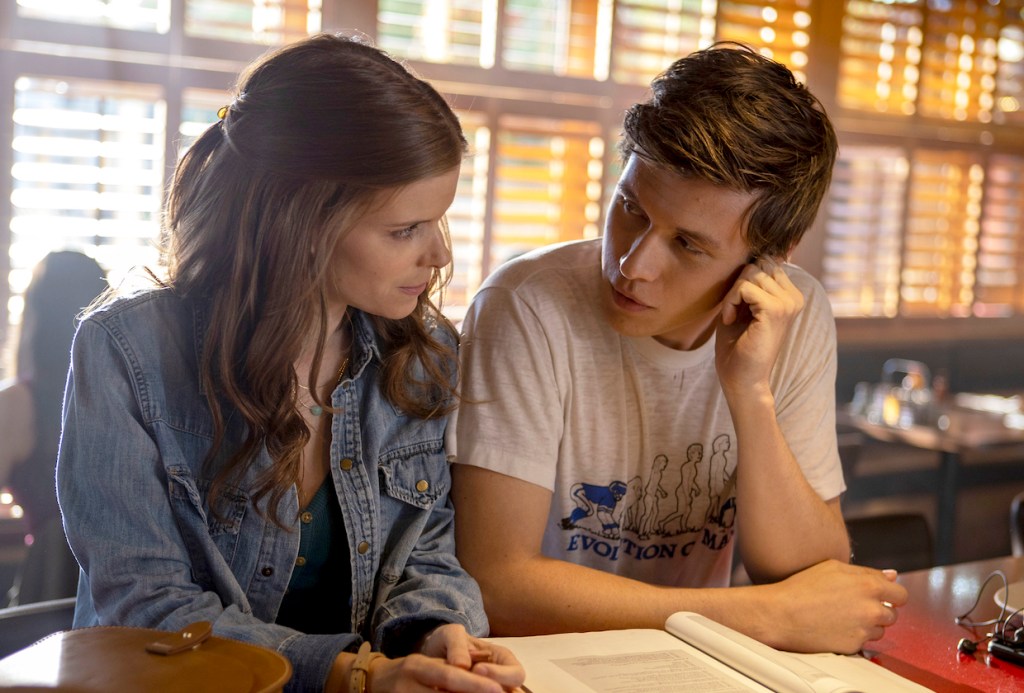 Each episode of FX on Hulu’s A Teacher is preceded by a content warning I’ve never seen before: It warns about “sexual situations,” but also “depictions of grooming that may be disturbing.” And it’s needed, too, because A Teacher — debuting Tuesday, Nov. 10; I’ve seen all ten episodes — is certainly disturbing, depicting a sexual relationship between a high school teacher and a student in unprecedentedly graphic detail for a TV series. (It’s so nerve-wracking to watch unfold, it’s almost like a horror movie at times.) But it also badly fumbles its execution, with a fundamentally wrongheaded approach to the central relationship that often left me yelling, “What are you doing???” at the TV… and not just at the characters. 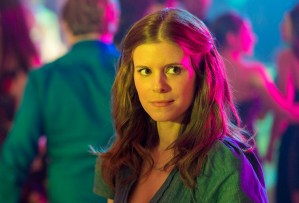 Kate Mara (House of Cards, American Horror Story) stars as Claire, a new English teacher in a Texas high school. (The setting brings to mind Friday Night Lights, which left me wishing this series had even a tenth of the heart and authenticity that FNL did.) Claire wears low-cut sweaters as she reads Dylan Thomas to her students, including Eric (Love, Simon‘s Nick Robinson), a popular senior and soccer captain. Soon, she’s tutoring him for the SATs, they’re bonding over a shared love of Frank Ocean… and a spark between them ignites a forbidden flame that leads to dire consequences for everyone involved.

It’s all shot handsomely, with a cool soundtrack — Hannah Fidell writes and directs several episodes, based on her 2013 indie film — but the tone is, if anything, too romantic. A Teacher plays too often like a star-crossed love story instead of what it is: a crime, an act of abuse and a massive breach of ethics. (Occasionally, a side character will point out how wrong all of this is, but they’re brushed aside in favor of more dreamy close-ups.) Robinson is actually 25, and so Nick seems older than high school, which blunts some of the shock value… but that also plays into the show’s problematic tendency to romanticize their relationship. The fact is that Nick is underage when his relationship with Claire begins — they celebrate his 18th birthday together — and while I get that the characters don’t think they’re doing anything wrong, that doesn’t mean the show shouldn’t challenge them on that. 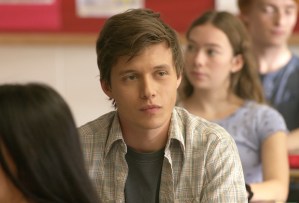 There’s no real insight to be found here, either. Fidell seems to be going for a naturalistic vibe, but the dialogue is flat, with no wit or sparkle to it, and the characterization is bland and riddled with clichés. (Eric’s teen pals are all one-dimensional lunkheads that fail to even register.) Mara and Robinson are fine, but they’re never given enough depth to resonate as characters. Mara is well-cast, at least — she has haunted eyes that fit with Claire’s erratic nature — and Claire is given plenty of reasons to make a mistake like this. (Her inattentive husband is starting a band; what could be worse?) But because the scripts are so underwritten, we’re never given a chance to empathize with or even understand her decisions.

I did watch all ten episodes just to see what happens to Claire and Eric, and their bubble eventually does burst, with later episodes examining the painful aftermath months and years later. But it all unfolds along predictably miserable lines, and confirms that there’s not really ten episodes’ worth of story here to tell. A Teacher is just an uncomfortable, frustrating viewing experience, and not in the ways it’s meant to be. An honest, sensitive look at a relationship like this and the damage it inevitably does could work, but it would have to walk a very fine line in order to succeed, and this attempt stumbles way off course. In hindsight, those content warnings at the beginning? They sound more like a belated apology.

THE TVLINE BOTTOM LINE: FX on Hulu’s A Teacher tackles a taboo subject, but does so with thin writing and a disturbing romanticism that leaves a sour aftertaste.