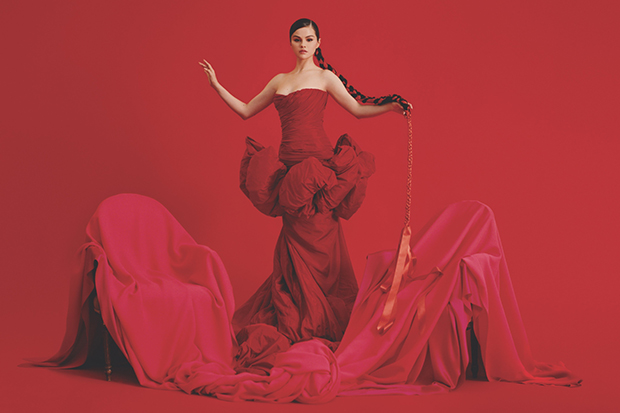 The pop star kicks off 2021 with a Spanish-language bop called ‘De Una Vez.’

Where there’s smoke (or cryptic social media clues), there’s fire. This morning, Selena Gomez unveiled the outrageously gorgeous cover of REVELACIÓN — her first Spanish-language EP. The project drops on March 12 and is available to pre-order on January 29. That date is significant for another reason. Namely, the arrival of “Baila Conmigo,” a much-anticipated collaboration with rising Latin star Rauw Alejandro. It’s a bookend of sorts to “De Una Vez” and was teased in that latter’s blockbuster video.

Given the success of “De Una Vez” (it racked up more than 60 million cumulative streams in its first week), it makes complete sense for Selena to roll out a Spanish-language EP. She has been hinting at the project for years, and now is as good a time as any. After all, promoting an era has never been easier seeing as touring and travel are largely out of the question due to COVID-19. See the stunning cover of REVELACIÓN, which was produced by super producer Tainy, below.

Are you adding this to your collection? Let us know below, or by hitting us up on Facebook and Twitter!