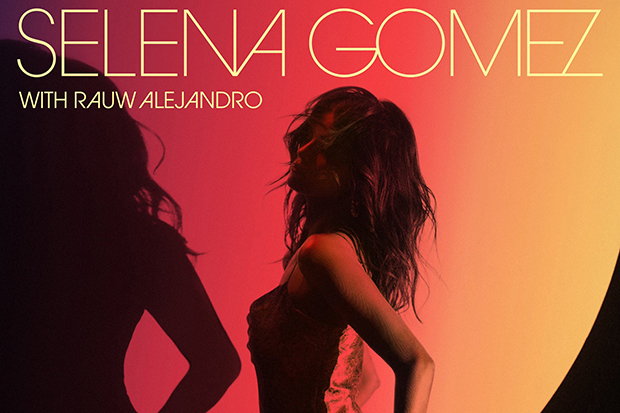 The pop star kicks off 2021 with a Spanish-language bop called ‘De Una Vez.’

Selena Gomez loves to keep us on our toes. Earlier this week, the superstar teased new music by posting a stunning pic with the caption “próximamente” (“coming soon”). Today, she unveils the cover of a new single called “Baila Conmigo.” The track, which was produced by Tainy and features Rauw Alejandro, drops on January 29 and serves as a bookend of sorts to the recently-released “De Una Vez.” In fact, “Baila Conmigo” was already teased in the song’s blockbuster, special effects-filled video.

Given the success of “De Una Vez” (it racked up more than 60 million cumulative streams in its first week), there’s every chance of Selena rolling out a Spanish-language album. She has been hinting at the project for years, and now is as good a time as any. After all, promoting an era has never been easier seeing as touring and travel are largely out of the question due to COVID-19. Oh, and if you’re not familiar with Selena’s new collaboration, get acquainted with Rauw Alejandro in our Q&A here.

Are you excited for Selena’s new single? Let us know below, or by hitting us up on Facebook and Twitter!

Lindsey Buckingham Remembers Christine McVie: “I Feel Very Lucky to Have Known Her”
De La Soul Collaborator Don Newkirk Passes At The Age Of 56
Some Asshole Stole a Trailer Full of Crobot’s Gear
Netflix Record $15M First Week Of ‘Glass Onion’: What It Means For Box Office, Streaming & How It Came To Be
Why Babymetal Will Have a ‘Silent Mosh Pit’ at Their Shows