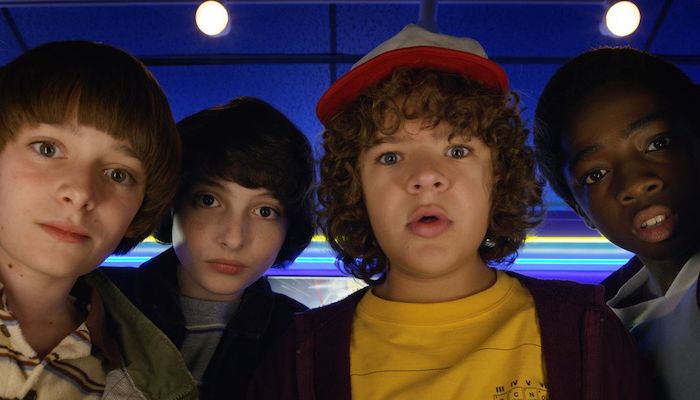 After various delays due to the coronavirus pandemic, filming for season 4 of Stranger Things finally resumed back in October.

So far, a few clues and rumors have emerged regarding what’s in store for the Hawkins crew in the Netflix show. Now, it looks like some exclusive photos from the Stranger Things set have seemingly confirmed that this major character from season one isn’t dead after all.

Over the past few months, various hints about Stranger Things 4 have surfaced online. From sightings of new characters to details about upcoming gruesome storylines, fans have a lot of theories about what’s in store for season 4’s reported nine episodes. However, one particular theory about an old character caught a lot of fans’ attention last year.

Back in October, new theories emerged that a character from season 1 is making a return. For those that need a recap, Dr. Martin Brenner was the research lab director who forced Millie Bobby Brown’s Eleven to participate in mind power experiments that spied on the Russians.

Dr. Brenner appeared to be killed by the Demogorgon in season 1. However, in season 2, an orderly hinted to Eleven that he might still be alive. Most recently, in season 3, Stranger Things showed an eery glimpse of an unnamed American locked in a Russian jail cell. Some fans believe that the person may actually be Dr. Brenner.

Read more: This new leak may have just revealed the entire ‘Spider-Man 3’ plot

As we saw with the first teaser of season 4, Hopper is alive after being presumed dead at the end of the last season. However, he is captured and forced to work at a Russian camp. Given that Stranger Things 4 will involve the Russians again, it’s speculated that Dr. Brenner could resurface.

Now, it looks like the speculation about Dr. Brenner’s return may be true after all. Earlier this week, Matthew Modine, who played Dr. Brenner, was seen arriving on the set of Stranger Things season 4.

Although Modine has yet to confirm he’s back as the villainous doctor from Eleven’s past, the new photos seemingly reveal we can expect to see him at some point in season 4.

Modine has been very open to reprising his role in the past. In October, he told NME that he loves reading fan theories about the villainous character.

“I love that the fans are trying to figure out where Dr. Brenner is, because we’re all wondering, you know, is he in the Upside Down? Did the Demogorgon drag him away? Is he going to re-emerge?”

He also teased that Dr. Brenner’s story may not be over yet, further fueling the fan theory he will return next season.

“And the show’s creators, the Duffer Brothers, have said that unless you see a body, the character’s not dead,” he says. “And obviously we never saw Dr. Brenner’s body.”

Modine also revealed why he thinks Dr. Brenner isn’t as bad as fans make him out to be.

“What did he do that’s so bad? “I’ve watched the show, and I don’t think Dr. Brenner ever killed anybody,” he says. “[Whereas] Millie Bobby Brown – Eleven – killed two interns in the hospital and killed the people in the hamburger shop. Then she flipped a van – and you’d imagine this probably killed the people who were in that van.”

This latest news arrives just days after Gaten Matarazzo claimed that season 4 will be the scariest yet. During an interview with Us Weekly, Matarazzo described the new season as “yikes” before elaborating.

“I think most would probably say it’s the scariest [season] out of the previous three, which I love because it’s very fun to film.”

As we saw with the first teaser of season 4, David Harbour‘s Hopper is alive after being presumed dead at the end of the last season. However, he is captured and forced to work at a Russian camp.

Back in May 2020, The Duffer Brothers revealed some key secrets about what’s in store for the Hawkins gang and Hopper.

“Although it’s not all good news for our ‘American’; he [Hopper] is imprisoned far from home in the snowy wasteland of Kamchatka, where he will face dangers both human… and other. Meanwhile, back in the states, a new horror is beginning to surface, something long-buried, something that connects everything. Season 4 is shaping up to be the biggest and most frightening season yet. And we cannot wait for everyone to see more. In the meantime, pray for the American.”

Back in November, we learned that season 4 will include some new faces and settings. According to Deadline, a corrupt and gruesome psychiatric hospital will be one of the main settings in season 4. Newcomer Jamie Campbell Bower and recurring star Robert Englund are two of the characters tied to this particular setting.

Bower, who is now a series regular, plays Peter Ballard, “a caring man who works as an orderly at a psychiatric hospital. Tired of the brutality he witnesses day after day, will Peter finally take a stand?”

Meanwhile, Englund plays Victor Creel, “a disturbed and intimidating man who is imprisoned in a psychiatric hospital for a gruesome murder in the 1950s.”

Dimitri is known for being smart, cunning and charming, but where his loyalty lies is still unknown. Serbian actor Nikola Djuricko plays Yuri, an unpredictable Russian smugger who thrives on cold hard cash, peanut butter and a bad joke from time to time.

At this time, Stranger Things 4 does not have a release date.

What are your reactions to Dr. Brenner possibly returning in season 4? Let us know in the comments below.