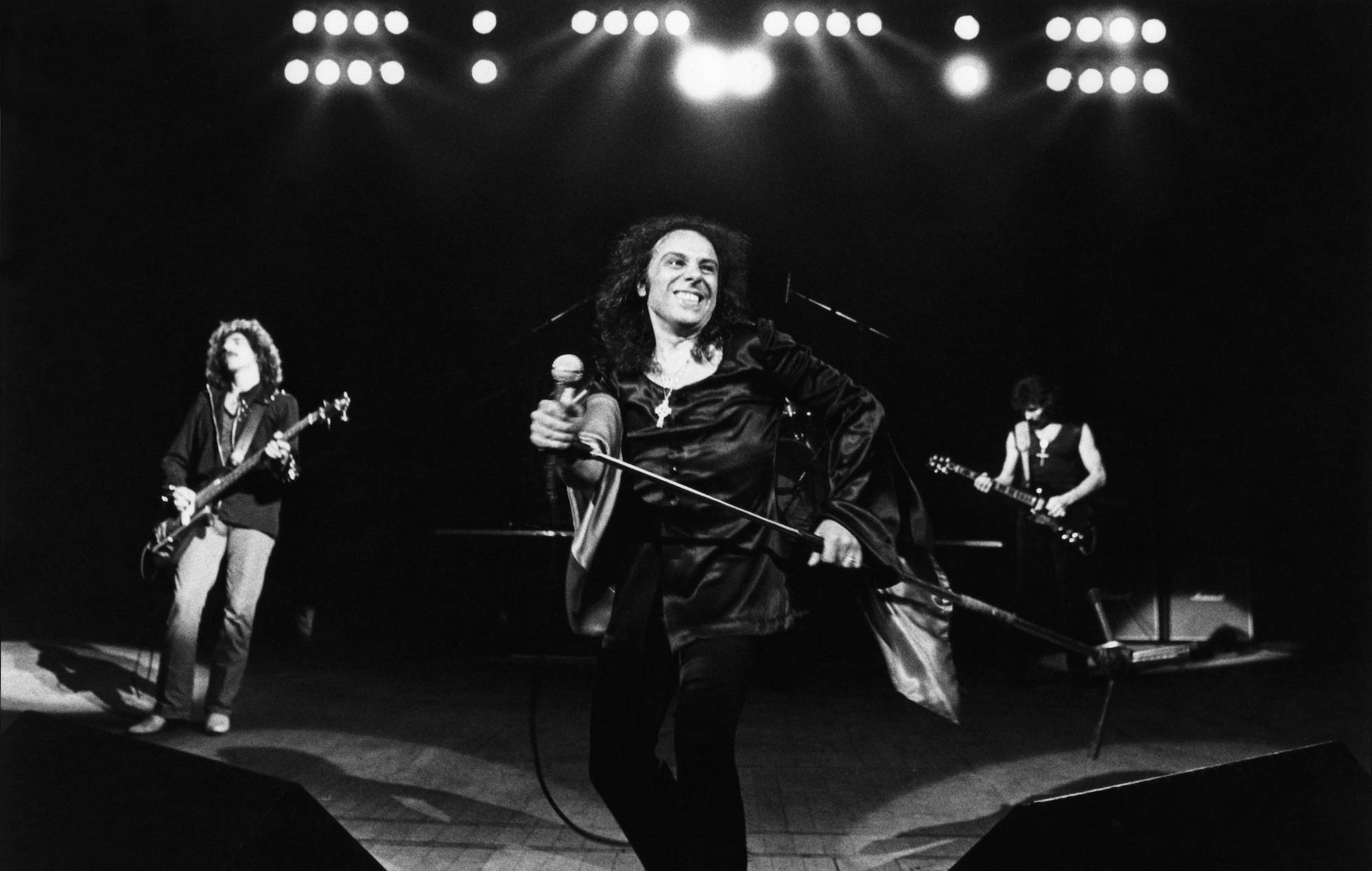 A rare demo of Black Sabbath’s ‘Heaven And Hell’, recorded during a rehearsal session, has surfaced online.

The track was the first song the band wrote after Ozzy Osbourne was replaced by Ronnie James Dio in 1979.

The recording features Dio, guitarist Tony Iommi, drummer Bill Ward and bassist Geoff Nicholls.  The latter joined the band in 1979 to replace Geezer Butler and later played keyboards in the group until 2004.

The ‘Heaven And Hell’ demo was shared online by Nicholls’ estate yesterday (January 28) to commemorate the fourth anniversary of the bassist’s death.

The description on YouTube read: “I recently found this SONY C-90 tape cassette amongst the thousands in Geoff Nicholls’ archive. On the inlay card is written ‘ON & ON  HEAVEN & HELL  ORIGINAL VERSION GEOFF PLAYING BASS’.

The page noted that, on the chance that it isn’t Black Sabbath playing on the tape, then it was “a good cover version”. Listen to the demo above now.

Meanwhile, former AC/DC bassist Mark Evans recently discussed past tensions between the Aussie band and Black Sabbath in a new interview. “Malcolm got into a stink with Geezer Butler for some reason… he ended up knocking out Geezer Butler,” he said, referring to an infamous bust-up between AC/DC’s late guitarist and the British musician.

“I don’t know why but he knocked him, he KO’d him… there was a story that someone had a gun or someone had a knife. And the next morning, when we were going out of town, Mal said, ‘I’ve got to stop at the hotel and go in there.’”

Evans continued: “Malcolm ended up clocking Geezer, went to the hotel, he would come outside – it’s not looking good – and we got kicked off the tour… [because] of it. And then there was much gnashing of teeth.”