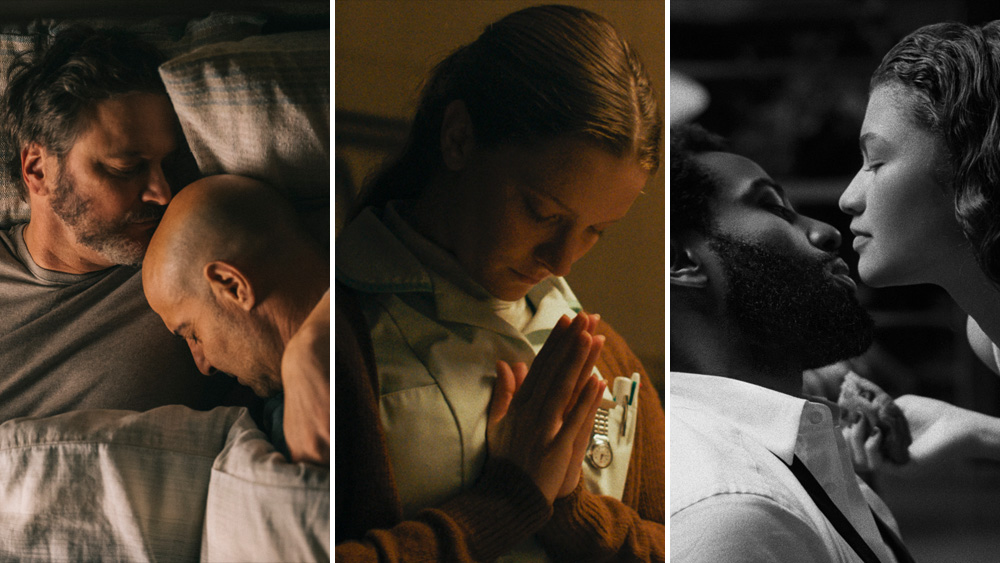 Harry Macqueen’s drama Supernova is one of many films this weekend that will open in theaters before hitting a digital platform — this seems to be a new trend.

Written and directed by Macqueen, The Bleecker Street pic that follows Sam (Colin Firth) and Tusker (Stanley Tucci), a couple of 20 years. They are more in love now than they ever have been but in the two years since Tusker was diagnosed with early-onset dementia, their lives have had to change.

As Tusker’s condition progresses, Sam is forced to place his life on hold and become his partner’s full-time caregiver. To make the most of every moment of their lives,they plan a road trip while Tusker is still able to travel, to see friends and family and revisit memories.

While Tusker had once been Sam’s rock, but now they have switched places. Sam has resolved to give his partner as much joy and normalcy as he can muster. Meanwhile, Tusker knows that his condition is having an overwhelming effect on both their lives and that he is beginning to lose control. On their trip, the ideas of their future collide and their love is tested.

Make sure you have plenty of tissues on hand for this one.

During Deadline’s Contenders Macqueen said of the film: “It’s a very personal story and it started when I was working with a lady who—unbeknownst to me and her at the time—had young-onset dementia. I was working with her for a year, and over the course of that year, I watched her completely change. Unfortunately, about a year after that, she had passed away, and it had a really profound effect on me. And it made me want to learn more about dementia—young-onset dementia specifically. So, I then went about researching it for about two or three years. I worked at various charities, and I spent a lot of time with people who are living with dementia. So, the story really is inspired by the time I spent with those people.”

Rose Glass’s psychological horror film Saint Maud will bring some scares to theaters and drive-ins this weekend before making its exclusive debut on Epix beginning February 12.

Saint Maud made its world premiere in Toronto International Film Festival’s Midnight Madness program. In the chilling holy horror, Morfydd Clark stars as Maud, a newly devout hospice nurse who becomes obsessed with saving her dying patient’s soul. However, the combination of sinister forces and her own sinful past threaten to put an end to her holy calling. The film also stars Jennifer Ehle, Lilly Frazer, Lily Knight, Marcus Hutton, Turlough Convery, and Rosie Sansom.

The A24 film recently received eight nominations from the London Critics’ Circle Film Awards including Film, Director, Screenwriter, Actress for Clark) and Supporting Actress for Ehle. The film also led the pack in nominations for the 2020 British Independent Film Awards with 17 nods.

Splash some holy water on yourselves and watch the trailer below.

Bringing Who’s Afraid of Virginia Woolf? energy into the mix is the Netflix two-hander Malcolm & Marie starring John David Washington and Zendaya as the titular couple. The romantic drama launches its U.S. theatrical run today and is currently playing in Australia. The film drops on the streamer February 5.

In the awards season contender Malcolm & Marie, Emmy winner Zendaya re-teams with Euphoria creator Sam Levinson in this aching dissection of a relationship. Washington’s Malcolm is a filmmaker who has just returned home with his girlfriend Marie from a premiere of his movie which is sure to be a critical and box office hit. Things take a turn when — whoops — Marie is a little salty that he forgot to thank her in his premiere speech. As a result, the night becomes a test of the boundaries of their relationship as they count the ways how much they hate — and love each other.

In his review Deadline’s Pete Hammond said: “Viewers are likely to find themselves changing sides back and forth, like you might after defense and prosecution closing arguments in a courtroom drama, or a heavyweight fight where both fighters are getting knocked down and then get back up from the mat. It’s exhausting, but the trip has some rewards if you want to stick it out.”

Malcolm & Marie is known for being one of the first films shot during the pandemic. During Deadline Contenders, Levinson said that they had to “reverse engineer” the production so that they could shoot responsibly and keep the cast and crew safe.

“We knew there were certain obstacles we would have to overcome from a pure narrative perspective,” Levinson said. “It would be two actors, one house and the idea [came from] my own life. It may be true that I forgot to thank my wife once at a premiere — which ended up being the jumping-off point for this relationship piece that continues to unravel from there.”

In Dear Comrades!, director Andrei Konchalovsky tells a story inspired by the true story of a state-sponsored massacre in the Russian city of Novocherkassk in the early 1960s. During this time, food prices were raised and rebellious workers from the small industrial town go on strike.

The narrative is told through the lens of one of the city’s Communist Party officials (played by Konchalovsky’s partner and longtime collaborator Yuliya Visotskaya) who shifts his perspectives when the massacre impacts his own family.

Dear Comrades! made its world premiere at the Venice Film Festival where it won the Special Jury Prize. It’s also Russia’s official entry for Best International Feature Film at the 93rd Academy Awards.

During Deadline Contenders International, Konchalovsy talked about how the Soviet state kept the massacre under wraps for decades. “It was a complete blackout and banned for 30 years,” he said. “Every citizen of Novocherkassk had to sign an affidavit saying they wouldn’t speak about it or risk the death penalty.”

The filmmaker also said that he was motivated by authenticity to shoot the film in black and white. “My objective is usually to try and capture the absolute authentic feelings of the characters, to try to snatch this event as a piece of real life,” said Konchalovsy. “As a director I want to create action but also to make this a type of documentary.”

Directed by Naomi Kawase who co-wrote it with Izumi Takahashi, the film follows Satoko (Hiromi Nagasaku) who has been struggling to get pregnant only to be unsuccessful. She and her husband Kiyokazu (Arata Iura) decide to adopt a child.

They adopt Asato and for the next six years they live their best routine lives — until Hikari (Aju Makita) steps into their lives. She claims to be Asato’s biological mother and demands his return. Things get tense and start to unravel as Satoko grows more and more emboldened to defend her family and decides to confront Hikari directly.

True Mothers marks the first time Kawase has represented her country on the Oscar stage. She is also the third woman of the 67 Oscar submissions from Japan. The film also stars Reo Sato, Hiroko Nakajima, Tetsu Hirahara, Ren Komai and Taketo Tanaka.

Oscilloscope Laboratories is set to bring us back to Sundance 1994 with an all-new 4K restoration of Tom Noonan’s What Happened Was…The film will hit virtual cinemas starting today at New York’s Film Form and Los Angeles’s Laemmle Theatres.

Directed, written by and starring Noonan, the film won the Grand Jury Prize and the Screenwriting Award at the 1994 Sundance Film Festival. It became a critical and indie darling, nabbing nominations for Best Female Lead for Karen Sillas and Best First Screenplay for Noonan.

What Happened Was… marked Noonan’s feature directorial debut. The dark comedic take on dating features Noonan and Sillas as two lonely hearts spending one claustrophobic Friday night together in an apartment — and they struggle to connect. Considering the place we are in history, this story is super-relevant.

Also opening this weekend is Nick Sasso’s action-drama Haymaker which follows a Muy Thai fighter/bouncer ger who rescues transgender performer (Nomi Ruiz) from a nefarious man. He becomes her bodyguard and confidant. The new relationship unexpectedly leads him back to fighting, risking not only his relationship but his life. Kamikaze Dogfight and Gravitas Ventures is releasing Haymaker in theaters and on demand today.

David Perrault’s period drama Savage State from Samiel Goldwyn Films debuts on demand and on digital today. Set in the American Civil War, the film follows a family of French colonists, settled in Missouri who decide to go back to France. In order to do so, a mysterious and dangerous mercenary, Victor leads them on a cross country trip to New York.