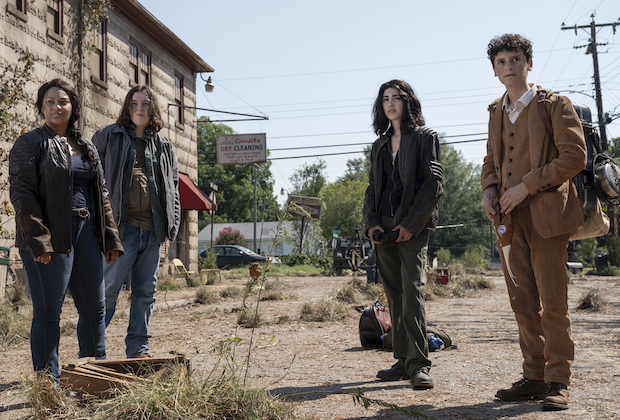 When I mentioned to a colleague that I’d just watched the premiere of AMC’s second spinoff of The Walking Dead, World Beyond, he asked just one question: “Do you think there’s an audience for it?” And I had to admit, I do.

The series, which follows teenage sisters Iris (Aliyah Royale) and Hope (Alexa Mansour) as they trek from Nebraska to New York in search of their scientist father, is probably just right for younger viewers who are more interested in growing pains than zombie bites. It even has in shady CRM leader Elizabeth (Julia Ormond) a perfect stand-in for the ultimate JV antagonist, The Hunger Games’ President Snow. 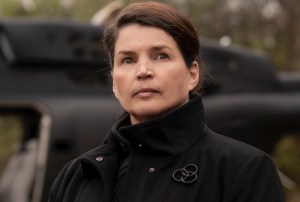 But do I like the show (which kicks off Sunday, Oct. 4, at 10/9c)? Based on the first episode, God, no. The siblings and their guy pals are yin and yang stereotypes written in what the kids in The Breakfast Club would’ve dimissed as “the simplest terms.” Future conflicts and revelations are telegraphed with all the subtlety of pianos being dropped on our heads. And at the end of the hour, I just didn’t care what happened to any of the main characters.

That said, yes, I’ll still watch. Groaning like a walker that’s gone too long between meals, but I will, because creators Scott M. Gimple and Matthew Negrete have shrewdly built into the limited series the promise of tantalizing intel about CRM, the enigmatic organization that has in its possession not only Iris and Hope’s dad but The Walking Dead’s Rick Grimes and Fear the Walking Dead’s Isabelle.

Will I like it, though? I suspect not. Those of us who tune in to the other two shows in the franchise have already been here, seen this — and we’ve seen it done with greater artfulness, efficacy and urgency. Adding this third series to the rotation, even temporarily, feels more than a little bit like beating an undead horse.

THE TVLINE BOTTOM LINE: Earnest and superficial, World Beyond is a bland reminder that you can’t spell zombie without zzz’s.