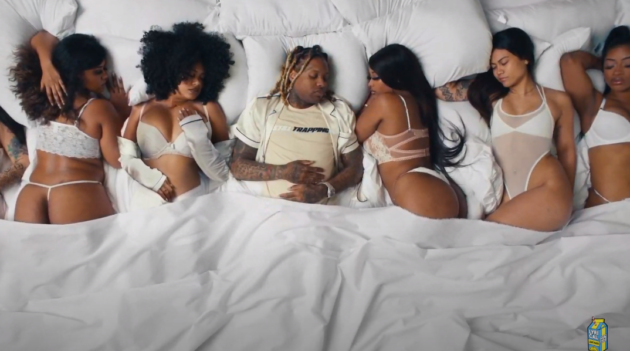 Fresh off the release of his The Voice (Deluxe), Lil Durk channels Kanye West in the album’s new video.

Directed by Cole Bennett, Durkio gets his Yeezy on by recreating scenes from Ye’s most iconic videos. He opens up the video in his tuxedo for “Runaway” where he plays the piano while surrounded by ballerinas and rocks an oversized and blocky suit from “I Love It”. Elsewhere, he lies beside countless women in bed from “Famous”, rides his Harley in “Bound 2”, and even goes animated for “Heartless”.

Durkio even reenacts Mr. West’s most memorable moments of his career including his infamous interview with Sway Calloway, crashing Taylor Swift’s award speech at the VMAs, and dons a red MAGA hat that reads “Make America OTF Again”.