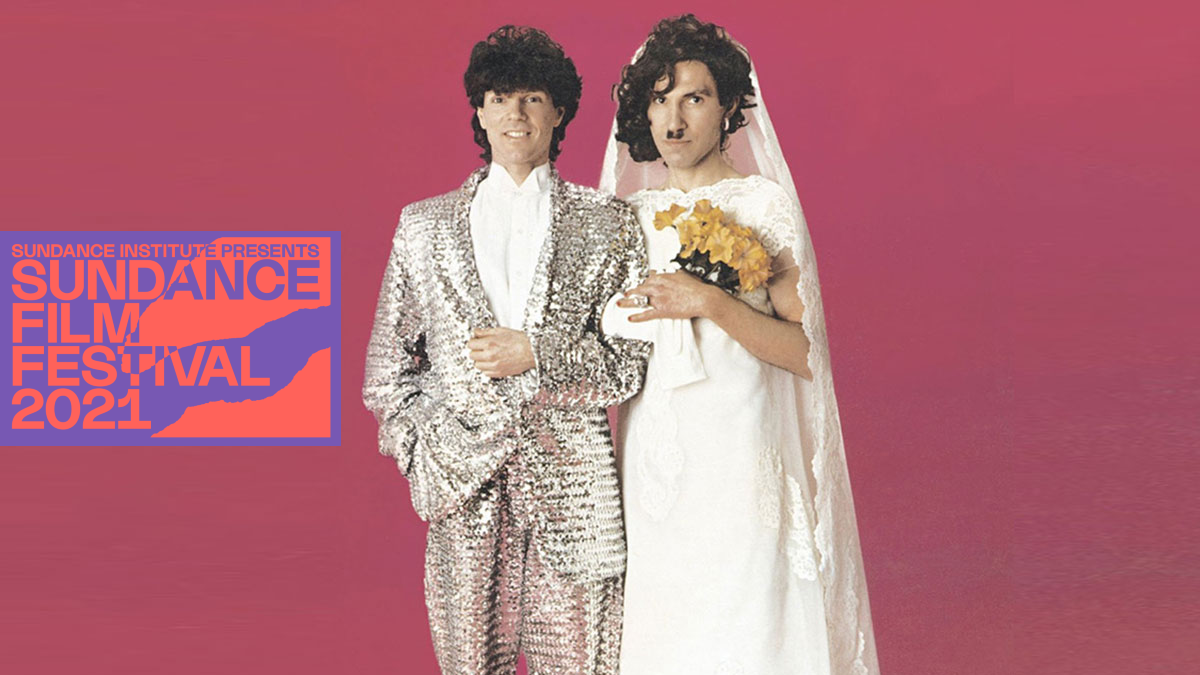 This review is part of our Sundance 2021 coverage.

The Pitch: Sparks has been around for just shy of 50 years, and have influenced just about every major pop act since the 1970s –from New Order to Weird Al Yankovic. They’re one of the greatest bands of all time, but you probably haven’t heard of them. That is, of course, unless you’re Edgar Wright, pop culture vagabond and Sparks superfan, who brings his giddy, high-tilt cinematic energy to a two-and-a-half-hour chronicle of two California-born brothers who made it to the top of the pop charts, and have spent the last several decades reinventing themselves with every new album and experimentation. Along the way, he talks to artists and fans who’ve grown up with their work (Jason Schwartzman, Amy Sherman-Palladino, Fred Armisen), and illuminates the deeply-weird duo’s quixotic quest for artistic integrity without losing their sense of humor and mystique along the way.

Introducing…. Sparks: Ron and Russell Mael are enigmas, and they like it that way. You see it in their style of performance — Russell the pretty-boy matinee idol, swaying and singing with his perfectly-calibrated falsetto, Ron the comically stone-faced Chaplin figure (complete with mustache) who writes the songs — and in the tenor of their lyrics. They’ve always been musical pranksters, poking a finger in the eye of the very music industry they’ve floated in and out of for decades, from the baroque disco-rock of their biggest hit “This Town Ain’t Big Enough for the Both of Us” to later works like the cheeky “Music You Can Dance To” and “T*ts”, all of which buzz with the complicated energy (and stamina) of They Might Be Giants.

First and foremost, The Sparks Brothers feels like an exhaustive (at times too exhaustive) primer on the band’s prodigious output, Wright taking us through every album and every major track, from hit to flop. It can be daunting at first, especially if you’re less familiar with their works: even with 150 minutes to work with, it can feel like we only touch on the surface of the band’s up-and-down trajectory, and those swings and roundabouts can get a bit repetitive after a while once you get to the sixth time they come back from a poorly-received album with a new collaboration or shift in genre and sound.

And yet, that’s also the infectious appeal of Sparks: they’ve lasted this long by adapting their sound and trying new things without ever succumbing to trends or straying from who they are. Whether their songs dabble in disco or soak in synths, they still speak to songwriter Ron’s social awkwardness and desire for musical experimentation. Sometimes they work, and hits like “Both of Us” or “Never Turn Your Back on Mother Earth” end up soaking themselves in the pop culture consciousness. But as Wright’s doc chugs along, he reminds us every second or third album after their last hit they start to flounder, until they come back with another deeply infectious sound. They’re like sharks; they have to keep swimming, or they’ll die, and Wright similarly keeps the doc humming steadily through all of the band’s highs and lows. 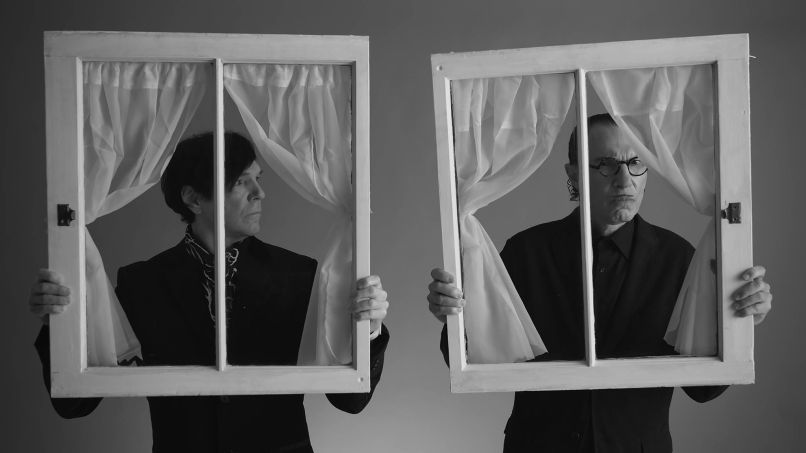 Collaborations Don’t Work: Sparks has had a contentious, off-and-on history with collaborators. For every success like their ’80s hits with Giorgio Moroder (“Beat the Clock”) and The Go-Go’s Jane Wiedlin, Wright breezes us through many abortive attempts to score films, like Tim Burton’s adaptation of the Japanese manga Mai, the Psychic Girl or a cameo in ’70s disaster flick Rollercoaster that, in Ron’s words, ended up being “the real disaster.”

But in Wright, they seem to have found a simpatico partner: He’s a filmmaker heavily influenced by music, and Sparks are musicians heavily influenced by cinema (they wrote a rock opera about Ingmar Bergman coming to the States to direct blockbusters, for God’s sake), and Wright matches their droll energy quite well. Albums flash on screen accompanied by dictionary definitions of random words from the title, and he recreates moments from Sparks’ history in a variety of animation styles, from manga motion comic to wiggly, Dr. Katz-style vignettes.

When Do I Get To Sing My Way: Inasmuch as Wright stays committed to Sparks’ sense of mystique and humor, he’s also earnest about their artistic integrity, and the inability of the American public to give them their due as innovative elder statesmen of the pop music scene. They’re the quintessential “bigger in Europe” band, maintaining a steady following in Germany and France while continually trying (and failing) to break out in the States. A lot of Sparks Brothers seems committed to exploring that question, and the ways the pair used that sense of rejection to fuel their sense of cynical rebellion in songs like “When Do I Get to Sing (My Way)” or “I Wish I Looked A Little Better.”

The Verdict: When Wright finally puts himself in front of the camera to talk about his love for Sparks, the text below reads “Edgar Wright, Fanboy.” It’s a redundant sentiment, considering the tenor of the doc itself — it’s a glowing, ebullient profile of a band its creator loves, flops and all, and you can see that infectious glee pour through the screen. To watch The Sparks Brothers is to listen to a superfan corner you at a party and evangelize about their favorite band with all the verve of a street preacher. He’s lucky, then, that Sparks is worth the praise, and that Wright’s breathless enthusiasm matches their cheeky, irreverent vibe, making for a long but loving sermon to a band whose influence (and continued quality — their latest, last year’s A Steady Drip, Drip, Drip, might be one of their best) demands greater recognition.