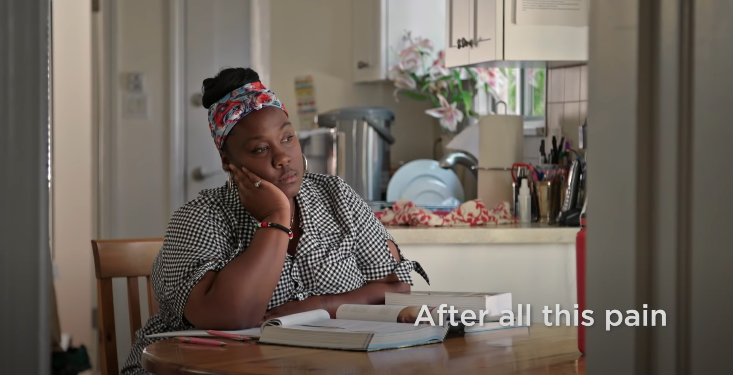 Mary J. Blige helps fans better visualize the grizzly lines of her new song “See What You’ve Done” with an official lyric video. The DJ Camper-crafted record — co-written by Blige, Nova Wav, and Camper — merely echoes the horrific storytelling of the documentary Belly of the Beast, which is based on the enforced and illegal sterilization of Black and Latinx women at Central California Women’s Facility.

The clip starts with Kelli Dillon, who was incarcerated at the age of 19 following a domestic violence dispute, speaking about an unlawful experience against her human rights. As Blige’s soulful voice flows above the bass-heavy production, lyrics align perfectly with scenes from the doc.

The most powerful of all is the explicit images correspond to this emotional line: “What’s going on / We got strength, but no power / All we ever wanted was what’s ours / Then one day we wake up and everything has changed / Who can I blame / Who’s gonna carry the shame / After all this pain, I’ll never be the same again.”

The new lyric video for the 2021 Oscar contender comes days after the first official trailer for the new film The Violent Heart, where Blige is cast as Nina, a mother managing to stay strong for her family after the murder of her daughter while her husband was deployed in Afghanistan.

Blige is readying the arrival of her 14th studio album. The LP is inspired by “life, love, struggle, but mostly triumph,” said Blige in a Los Angeles Times interview.