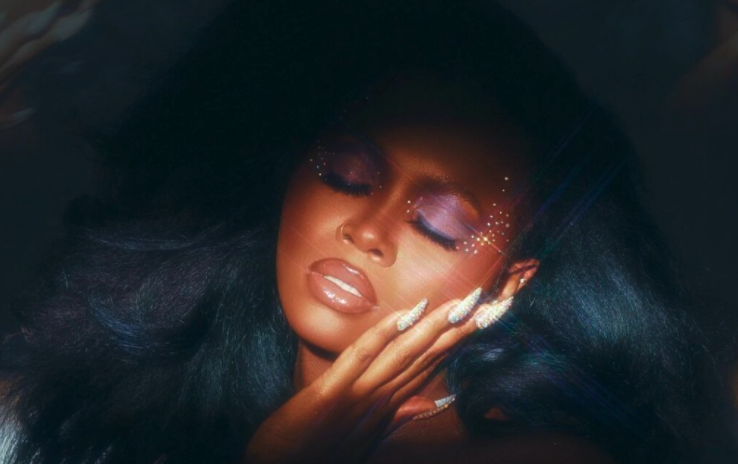 Vibes aren’t hard to come by when Gourty Maxx (a.k.a. GMJR) works behind the boards. This is especially the case for former School of Rock actress Maryam Hassan, who now goes by the Mayhrenate in the music industry. She enlisted the Grammy-nominated producer to handle the mood-setting production for her debut EP, Plush, out now via his TouchedDown Sound imprint.

Maxx exclusively tells Rated R&B that the recent pandemic and an app designed to connect music creatives made it possible for him and Mayhrenate to get studio vibes going.

“‘Baby It’s You’ was the first official song we released and we had about eight songs sitting that we were going crazy about,” he tells Rated R&B via email. “After the love and response from dropping the single, we knew there was a sound we created that needed to be heard and projected even more.” Maxx soon reached out to Mayhrenate and decided they needed to release a project to capitalize on the momentum.

Mayhrenate also exclusively tells Rated R&B the creative process “was super organic,” adding “we were sitting on a project without even realizing it. The pieces were already there for us to put together. Once we had the title Plush, it was go time.”

She continues, “I believe the sound Gourty and I have created with this EP is bridging the R&B gap between what sounds fresh and what feels familiar. The support and feedback has been nothing short of amazing. It’s pure confirmation that this truly is something special.”

Plush is the first project Maxx has steered since his 2019 compilation album Tw3nty Six // The Superfriends. It featured an assorted guest list of emerging artists and featured singles such as “Congratulations.”