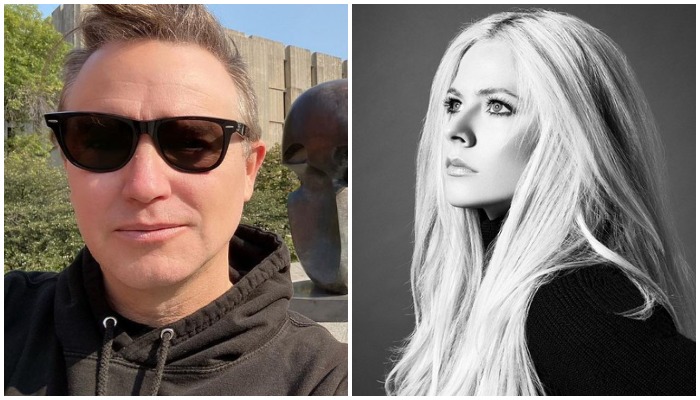 Avril Lavigne is currently in the studio working on her next album with legendary producer John Feldmann.

Now, it looks like Lavigne may be drawing some minor influences from Mark Hoppus while in the studio. On Friday, she shared a video of her rocking out on bass while channeling the blink-182 bassist and vocalist.

Read more: Grimes’ new music is on the way and it may arrive sooner than you think

Over the past few months, Avril Lavigne has offered various glimpses into the recording process behind her next album. This forthcoming release marks her first full-length album since 2019’s Head Above Water. Lavigne has been in the studio collaborating with quite a few familiar faces.

Along with producer John Feldmann, she’s also been working closely with MOD SUN. Last week, the duo teamed up for an explosive new video for their latest collab “Flames.” The track appears on MOD SUN’s forthcoming album, also produced by Feldmann, called Internet Killed The Rockstar.

Along with MOD SUN and Feldmann, Lavigne also recently collaborated with Machine Gun Kelly. Back in December, rumors first emerged that a MOD SUN, Lavigne and MGK collab could be on the way after Lavigne posted photos of them together in the studio. In one of the images, Machine Gun Kelly can be seen seemingly tracking vocals for a potential new song.

Now, it looks like Mark Hoppus may be influencing Lavigne’s work in the studio. On Friday, she posted a video to her Instagram story of her channeling her “inner Mark Hoppus” while rocking out on the bass.

So far, Lavigne has not revealed when her next album may arrive. However, it’s possible it may be released sometime this year.

Coincidentally, John Feldmann is also producing blink-182’s next release. Last summer, Travis Barker first confirmed a new EP was in the works and it includes their latest single “Quarantine.” However, the EP’s release was delayed likely due to the coronavirus pandemic. Finally, in November, Hoppus shared that the EP is due out sometime in “early 2021.”

More recently, Barker seemingly confirmed blink-182’s release is actually a full-length album now and is expected to arrive sometime this year. As well, Matt Skiba previously revealed that this new material reminds him of the Enema Of The State and Take Off Your Pants and Jacket eras.

While we wait to hear even more new music from Avril Lavigne, her collab with MOD SUN on “Flames” is available to stream below.

What are your reactions to Avril Lavigne’s videos of her playing the bass? Let us know in the comments below.