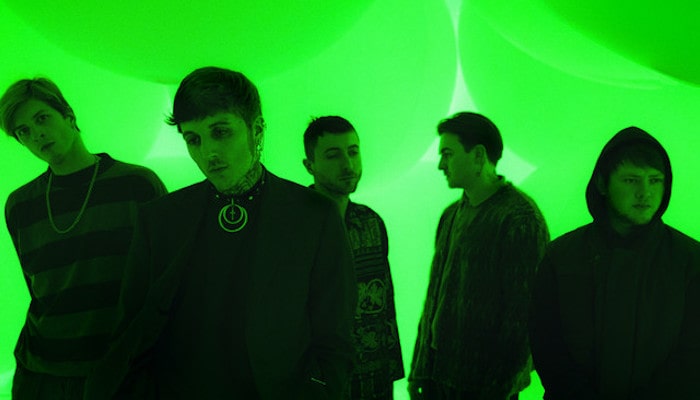 Bring Me The Horizon are sharing even more secrets about their latest EP POST HUMAN: SURVIVAL HORROR.

Last week, the band revealed on TikTok just how they managed to sneak an elephant sound into one of the EP’s most popular songs.

Read more: ‘Saturday Night Live’ is being accused of transphobia over another joke

Bring Me The Horizon just officially scored their second No.1 album in the U.K. with POST HUMAN: SURVIVAL HORROR. Although the EP was released on various digital formats in late October, it wasn’t made widely available in physical formats until January.

As a result, SURVIVAL HORROR accounted for 92 percent of physical album sales in the U.K. during the week of Jan. 29, granting BMTH their second No.1 album.

Now, Bring Me The Horizon are continuing to share some behind-the-scenes secrets about their latest release. Last week, the band revealed just how they managed to sneak an elephant noise into their single “Teardrops.”

The revealing TikTok shows Oli Sykes researching various elephant noises online before landing on the perfect one. Then, he apparently had to convince Jordan Fish to incorporate the sound into the song. Although some may think Sykes is joking, the sound really does appear on “Teardrops” in various parts of the song including within its first ten seconds.

@officialbmthever wondered how to get elephant sounds into a song? #elephantmosh #teardrops #bmth #fyp♬ original sound – BRING ME THE HORIZON

Last week, Sykes also finally gave an update on the status of BMTH’s second EP. In case you didn’t know, Bring Me The Horizon are releasing four EPs that all fall under the umbrella name of POST HUMAN.

He recently revealed to NME that Bring Me The Horizon are simultaneously working on all three EPs. As of right now, there’s a “good chance” fans may get a taste of the material from all three releases soon.

“We’re just beginning really,” he said. “We’re actually working on parts two, three and four simultaneously and working on ideas from all the records. There’s a good chance that we might release songs from each before we release the next record.”

However, Sykes also revealed why it might be a while before Bring Me The Horizon release their next EP in full. As well, it looks like this second EP will be very different from SURVIVAL HORROR.

“We’ve literally started working on one song from the record, and whether that’s any good or will stay I don’t know,” he says. “Part one was very heavy and quite dark. For me, it all feels like a very low-frequency energy. It took a lot out of me and I don’t think I could do it again – not straight away, anyway. The next record is going to be emotional in a different way, it just has to be. ‘Emotional’ is the word, with higher emotions. Not necessarily happier.

SURVIVAL HORROR was a call to arms record that didn’t necessarily answer any questions. It was just gathering people who felt anxious, angry and paranoid. This second record should be about trying to answer those questions – what do we do to feel better? What do we do to make things right?”

Back in August, Jordan Fish shared that BMTH have plenty of more collaborations in store for the POST HUMAN project. For the multi-release, they hope to bring in even more artists for some unexpected collaborations.

“I think we might kinda like theme our guests a bit more around what’s going on with each EP,” Fish said. “When we get into the other EPs, it’ll give us a chance to maybe get some other people on who are a bit more left-field or a bit more out of the box for our band.”

Fish also recently posted a TikTok explaining how their Sempiternal hit “Can You Feel My Heart” was created. The 2013 song has grown in popularity on the video-sharing platform over the past few months.

Did you notice the elephant noise in “Teardrops”? Are you ready to hear Bring Me The Horizon’s next EP? Let us know in the comments below.