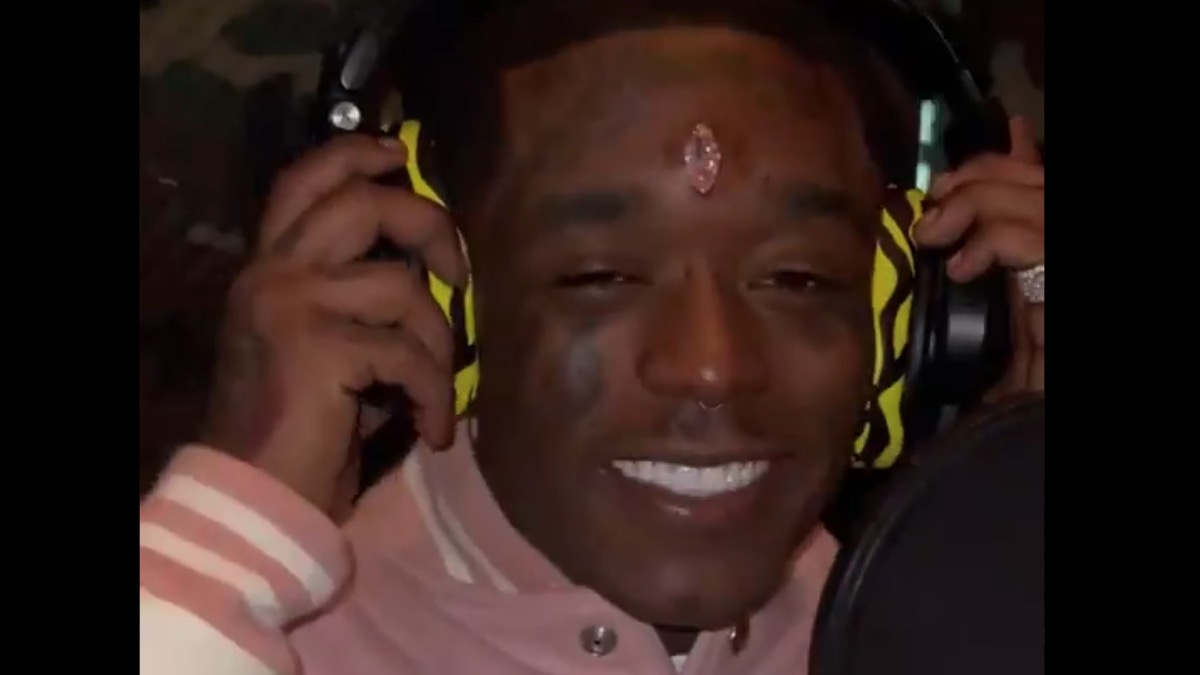 Lil Uzi Vert has never been shy about his love for diamonds, but his latest flex is a little too on — or rather, above — the nose. The Philly rapper has apparently gotten a pink diamond worth $24 million dollars implanted on his forehead.

Last month, the Eternal Atake artist tweeted that he had just finished paying for an Elliot Eliantte diamond that he’d been shelling out for since 2017. “That was the first time I saw a real natural pink diamond. A lot of M’s in my face,” he said, hinting at the idea of putting it somewhere other than his wrist or around his neck.

At the time, he also shared that the diamond was “10 almost 11 carats”, which rings up to the tune of $24 million at $2 million per carat. The idea of someone getting a stone of any value plastered on their head is preposterous, but apparently Uzi has legitimately followed through with the procedure.

On January 30th, the official Eliantte Instagram account posted a picture of Uzi with the diamond held up against his forehead and the caption, “It’s time”. Today, screenshots of a FaceTime conversation between Uzi and CEO Slow have emerged that appear to show the diamond sealed to his face. Slow captioned one of them with, “He really went in did it. 24mill on his head…”

Uzi is a goofball and a known troll, so he could be playing an elaborate prank on his fans, but the video of Uzi in the booth that Eliantte just posted on Instagram makes it look incredibly legit. Not only is it stuck to his head, but there appears to be some dried blood around the corners of the diamond, and the surrounding skin does look a little bit irritated. Holy shit.

Twitter has already found the parallels between Uzi and various animated characters with stones on their foreheads. It’s hilarious and ridiculous and completely unnecessary, but honestly it’s also pretty badass.

Last year, Uzi earned some of the funds for this new stone by dropping his long-awaited Eternal Atake album and a collaborative mixtape with Future,

Lil Uzi Vert appears to have implanted a pink diamond on his forehead.

The rapper told fans the diamond is worth $24 MILLION and that he’s been paying for it since 2017. pic.twitter.com/7uBtOLsyBm

Homies in the hood gon be like 🤣💪 gimme that 24 million dollar rock. pic.twitter.com/5qvU9qEJux

someone said this how lil uzi look now @LILUZIVERT pic.twitter.com/BRIJNKuppg