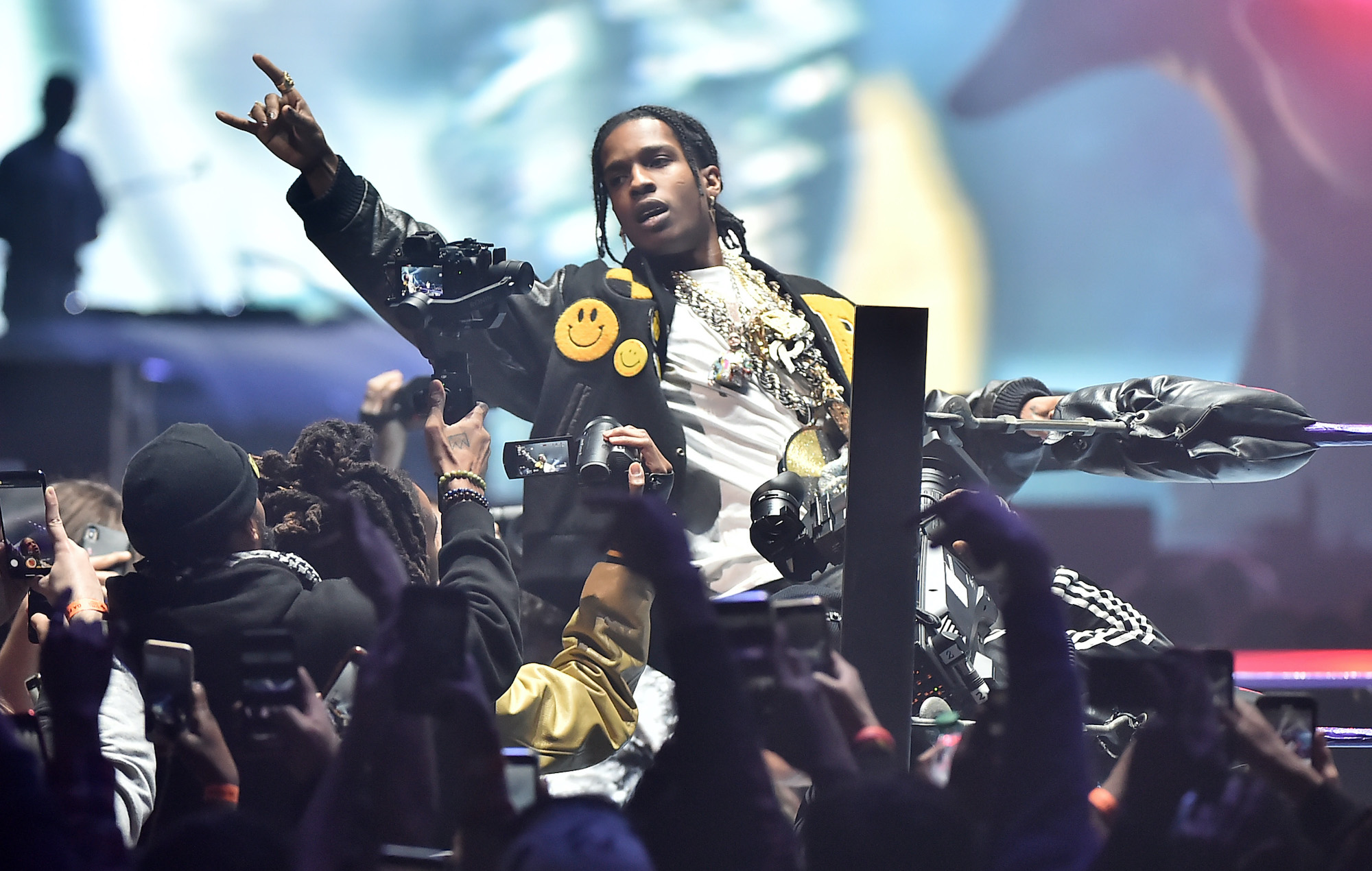 A$AP Rocky has shared his first solo track of 2021 in the form of ‘G-Unit Rice’ – scroll down the page to listen to it now.

The rapper is currently working on his next album, ‘All $mile’, which will be his first record since 2018’s ‘Testing’.

‘G-Unit Rice’ has been released with little fanfare and no promotion by Rocky. Instead, it was put out on AWGE member Hidji’s Instagram page.

The instrumental was produced by Zach Fogarty and Jean Dawson, and sees the rapper go in some experimental directions. At one point, the track sounds as if it’s playing through blown out speakers before returning to normal.

Listen to it below now.

The track follows Rocky appearing on Slowthai’s latest single ‘MAZZA’ last month. That song will appear on the British MC’s upcoming album ‘Tyron’, which will be released in the States on Rocky’s label AWGE.

Traditionally held on the anniversary of Rodriguez’ death (January 18), Yams Day was broadcast online on January 18 due to the coronavirus pandemic. It featured the “Yammy Awards”, which celebrated the “artist[s] this year who we & the people feel honestly [earned] and deserve” recognition.