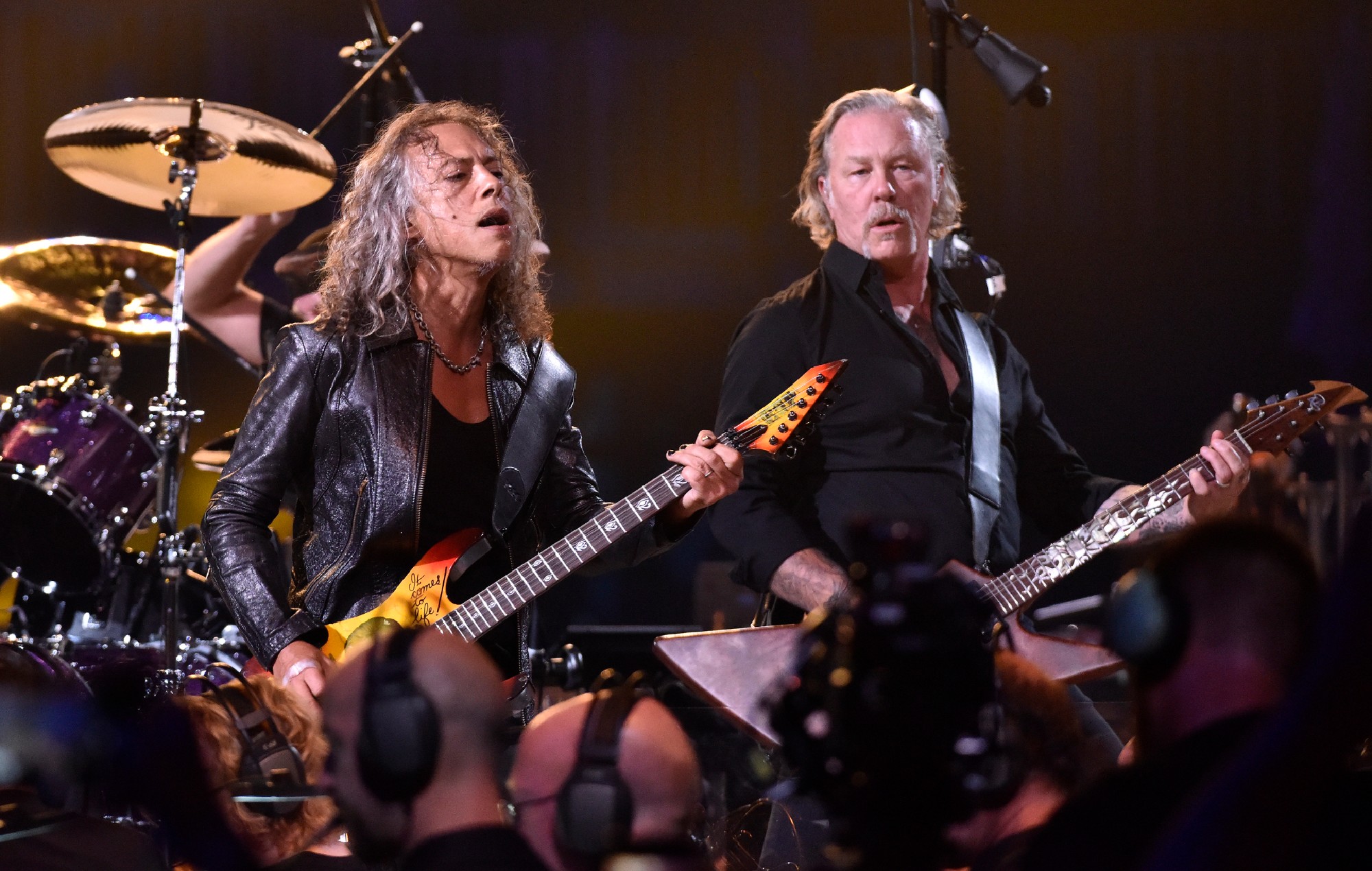 Metallica have been announced to perform on a special edition of The Late Show With Stephen Colbert to mark Super Bowl weekend.

A host of special performances have been announced surrounding the game between the Tampa Bay Buccaneers and the Kansas City Chiefs on Sunday (February 7), including The Weeknd’s slot at the legendary halftime show.

The metal titans will perform at 11.35pm EST on Sunday night on CBS (4.35am Monday morning, February 8 in the UK). It’s not clear yet whether they will play old classics or new material from their in-progress new album.

We’re celebrating the #SuperBowl with our friend @stephenathome on Sunday! Tune in to @colbertlateshow’s “A Late Show: Super Bowl Edition” at 11:35pm EST on CBS to catch our performance. #LSSC #LateShow pic.twitter.com/uis4RaAIyb

The Weeknd‘s halftime show, meanwhile, will be performed completely live, it has been revealed. “It’s all happening in that stadium, in that moment,” the show’s producer Jesse Collins revealed.

“We’re not bouncing off to another stadium and then cutting in, like some people have had to do [before]. We are fortunate enough in this situation that we are able to do a live, live show.”

Last week, it was revealed that The Weeknd has put up $7million (£5.1million) of his own money for the special performance.

Metallica, meanwhile, are only making “glacial” progress on their new album, according to drummer Lars Ulrich. “These are the craziest of times and nothing is letting up,” he said.

Back in November Ulrich said that he and his bandmates were engaged in some “pretty serious writing” sessions for the album, with the drummer promising the following month that the forthcoming LP would be the best record that Metallica have ever made.