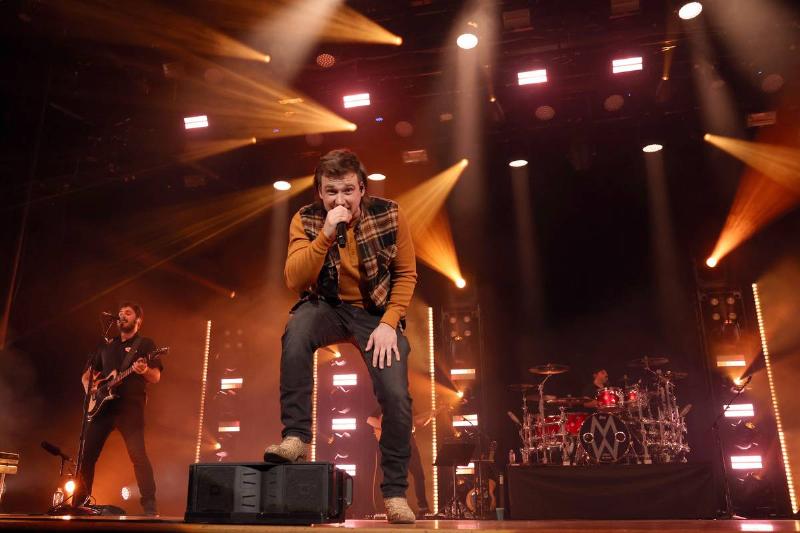 Morgan Wallen has been suspended “indefinitely” from his record label, Big Loud. The rising country star was told about his suspension after footage surfaced on Tuesday night in which he was caught using a racial slur.

The use of the N-word was recorded by a neighbor and shared with TMZ.

In less than 24-hours, Wallen was dropped from Cumulus Media, iHeartRadio, and Entercom playlists. The reaction has been swift among syndicated radio shows that are busily editing out his songs from pre-recorded content. The iHeartRadio pull means Wallen’s hit album won’t be heard on at least 135 radio stations in America. Cumulus Media controls an even bigger stake of the market with 400 stations.

CMT also announced that Wallen would no longer appear on any of its platforms, tweeting: “We do not tolerate or condone words and actions that are in direct opposition to our core values that celebrate diversity, equity & inclusion.”

“In the wake of recent events, Big Loud Records has made the decision to suspend Morgan Wallen’s contract indefinitely,” the label said in a statement. Republic Records, the company responsible for distributing Wallen’s recordings said they fully support Big Loud’s decision and agreed that “such behavior will not be tolerated.”

In a statement to Spin Magazine, Wallen’s rep issued an apology:

“I’m embarrassed and sorry. I used an unacceptable and inappropriate racial slur that I wish I could take back. There are no excuses to use this type of language, ever. I want to sincerely apologize for using the word. I promise to do better.”It’s a dramatic fall from grace for a rising star who has captured the No. 1 album spot for the past three weeks.

You may recall that Wallen drew controversy in 2020 when his Saturday Night Live appearance was abruptly canceled after it was discovered he was not following COVID-19 protocols.