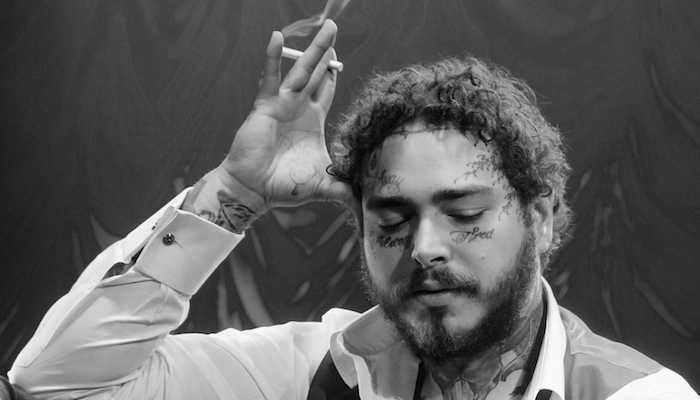 It’s been almost three years since Post Malone‘s experience with Ghost Adventures‘ Zak Bagans reportedly caused him to be cursed by a haunted box.

Now, Posty is finally opening up about the experience and the chain of events that led him to believe he had been cursed by the object.

For those of you that are unaware of the situation, here’s a quick recap. All the way back in September 2018, Ghost Adventures star Zak Bagans revealed that Post Malone’s string of bad luck – a car accident, an emergency landing via plane and failed robbery attempt – was all due to the rapper being cursed.

Prior to all of this happening, Posty hung out with Zak Bagans at his Haunted Museum in Las Vegas. During his visit, Post Malone came in contact with an object known as the “Dybbuk Box.” The object is allegedly haunted by a malicious spirit and it was the inspiration for the 2012 movie The Possession.

According to Bagans, he touched the box and was visibly freaked out so Post Malone put his hand on his shoulder. Although the rapper had no direct contact with the object, both Bagans and Post Malone always believed the encounter was enough to trigger Posty’s bad luck.

Read more: Jared Leto’s Joker has a new look in the Snyder cut of ‘Justice League’

Now, nearly three years after the encounter, Post Malone is finally opening up about his experience. During a recent interview on Late Night with Seth Meyers, the Grammy-nominated rapper said that the whole experience made him a believer of paranormal spirits.

“After going hunting with Zak and everything and all that stuff – we stayed at his museum in Vegas. I love you Zak, text me,” he says. “It’s weird because after we opened up this creepy Dybbuk Box, I had gotten in a car accident, I almost had a plane wreck, my house got broken into and all that type of stuff. But it [the events] was just within a month’s time, it was really odd stuff. I’ve always had like, you know, an interest in that and experiences at my friend’s houses.”

During the interview, he also talks about his belief in aliens. Last year, he revealed that he experienced his first UFO encounter when he was just 16.

“Especially here in Utah, things are creepy if you look up into the sky,” he tells Meyers. “Sometimes I just go out at like 4 a.m. with my night vision goggles and just look up at the sky and see if I can see anything.”

With the 2021 Super Bowl taking place this upcoming weekend, Seth Meyers had to ask Posty about his Kansas City Chiefs tattoo. Last year, Post Malone got the new ink after he lost a game of beer pong against quarterback Patrick Mahomes and tight end Travis Kelce. Posty is also the star of Bud Light‘s new Star Wars-inspired Super Bowl commercial. Fans got an exclusive glimpse of the advertisement during the interview.

Do you think Post Malone was actually cursed by that haunted box? Do you think he should appear on Ghost Adventures? Let us know in the comments below.