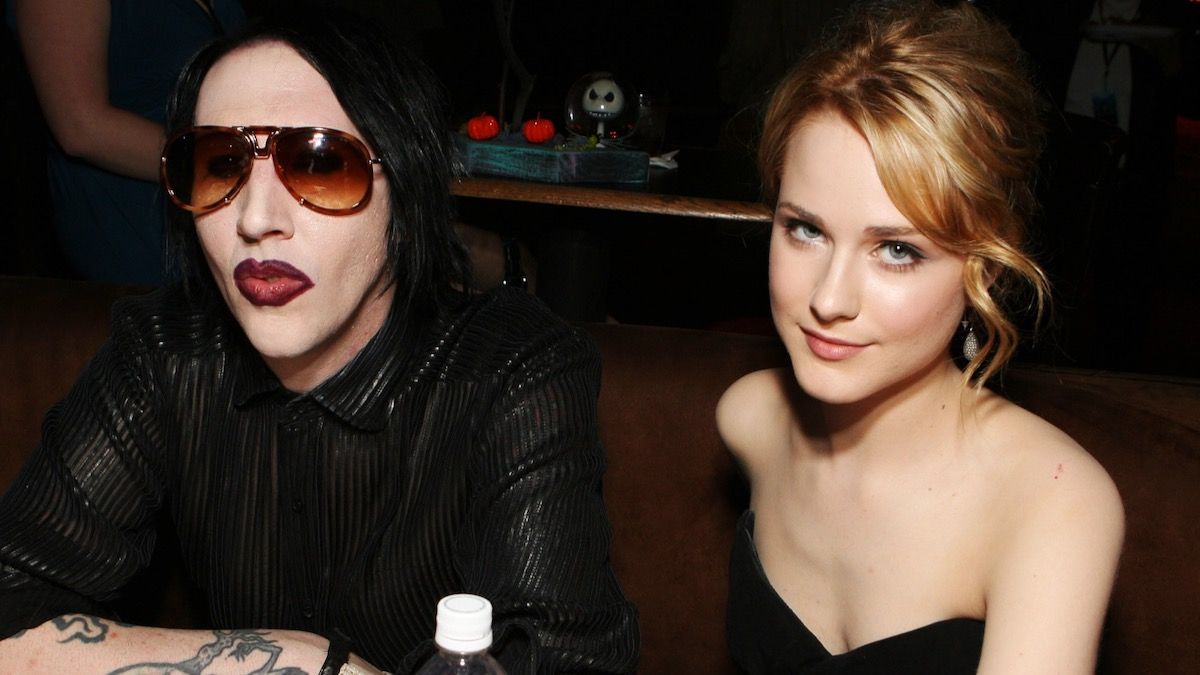 Evan Rachel Wood has revealed more details about the horrific abuses she allegedly endured from her ex-fiancée, Marilyn Manson. After naming him as her abuser earlier this week, she now’s accusing him of being viciously anti-Semitic and having repeatedly used the N-word during their relationship.

In a series of Instagram stories, the 33-year-old claimed that in addition to emotionally and sexually abusing her, Manson was hatefully prejudice against her because of her Jewish heritage.

“I was called a ‘jew’ in a derogatory manner,” she wrote in one Instagram story. “He would draw swastikas over my bedside table when he was mad at me.”

She continued, “I heard the ‘n’ word over and over. Everyone around him was expected to laugh and join in. If you did not or (god forbid) called him out, you were singled out and abused more. I have never been more scared in my life.”

It doesn’t stop there. Wood alleges that Manson would also express satisfaction that she wasn’t “blood Jewish” because her mother converted into the religion, which is a distinction that dyed-in-the-wool Nazis make.

“My mother is Jewish and I was raised with the religion,” she said. “Because she converted and wasn’t of Jewish descent he would say things like, ‘that’s better’ because I wasn’t ‘blood Jewish.’”

She also posted pictures of two tattoos he has that she says he received after their relationship began. One is an M-Swastika tattoo he has above his chest, which can be seen in many photos on the Manson Wiki, and the other is a skull and bones tattoo on his arm that she implies is a Nazi-era “Totenkopf” (“death’s head”) symbol.

“He did not have these tattoos when we started dating,” she said in another Instagram story slide.

It’s worth noting that Manson’s 2009 album The High End of Low — written during his and Wood’s relationship — has a song on it called “Pretty as a Swastika”. In a 2009 interview with Time, he explained that he changed the title to “Pretty as a ($)” so it could be sold in stores, and that’s how its title is currently fashioned on streaming services. Nevertheless, this fascination with Nazi imagery couldn’t have been more obvious.

Since Wood shared her experiences with Manson earlier this week, hoards of former partners, bandmates, and associates have come forward to condemn him. Actress Rose McGowan, a former Manson girlfriend, said, “I stand with Evan Rachel Wood.” His ex-girlfriend Jenna Jameson, who dated him in the late ’90s, said he “fantasized about burning me alive”.

Limp Bizkit’s Wes Borland, who briefly played guitar in Manson’s touring band, declared, “He is a bad f**king guy … that guy is canceled.” Nine Inch Nails’ Trent Reznor, once a friend and mentor to Manson, stated, “I have been vocal over the years about my dislike of Manson as a person and cut ties with him nearly 25 years ago.” Phoebe Bridgers also opened up about a “horrible” experience she had when she visited his house years ago.

Yesterday, Manson was dropped by his manager Tony Ciulla, who had stood by his side for 25 years. Throughout the last few days, he was also dropped by his agent, let go by his record label, Loma Vista Recordings, and cut from two TV shows — American Gods and Creepshow — in which he had acting roles.

His ex-wife Dita Von Teese also released a statement saying that she didn’t experience abuse, but that she left him “due to infidelity and drug abuse.”