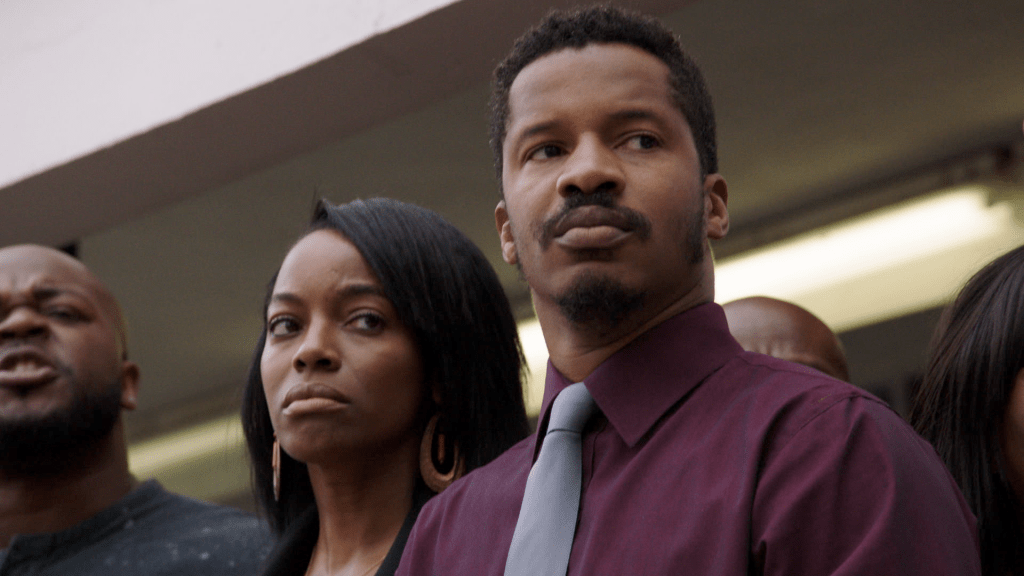 EXCLUSIVE: In the wake of receiving two Golden Globe nominations for its Sia-directed movie Music, Vertical Entertainment can boast that its Nate Parker feature American Skin has become the distributor’s highest grossing title on PVOD with $4M over two weeks. American Skin debuted on Jan. 15 in select cinemas and on on-demand platforms such as Apple, Amazon, Vudu, and Google Play. American Skin‘s two-week figure bests the $2.5M+ that it accumulated over ten days for last summer’s Capone, a previous Vertical Entertainment record.

I’m told that American Skin‘s PVOD success is largely due to a strategized social media initiative which received great support from the Black community who embraced the film with tastemakers such as Lebron James, Diddy, E40, David Oyelowo, and more.

In the spirit of Sidney Lumet’s 12 Angry Men and Dog Day Afternoon, American Skin follows a Black Iraqi War Vet, who after being denied a fair trial following the shooting death of his teenage son (and only child) by a white police officer, desperately seeks justice and accountability for his son’s death.

Exclaimed American Skin producer Mark Burg, “We are in the midst of a pandemic and everyone usually pays attention to who’s No. 1 at the box office.  None of this really matters especially now – we knew when we read the American Skin script in 2019 that audiences around the world would connect to the story!  It’s 2021 and I’m happy that we are changing the narrative.”

In regards to the American Skin social media diagnostics, the pic reached 2.08M impressions from tastemakers on Instagram with a near even draw between men and women. There was a Countdown and Instagram Reminder on Insta-stories to engage followers and create daily awarenesses about the film’s release. A YouTube fan reaction video was created for the American Skin trailer which gained 55K+ views. There was also an initiative to have social media followers call their local theaters and request American Skin for viewing. The trailer on Facebook clocked over 1 million views.

Check out some of the highlights of the American Skin tastemaker campaign below. Five years ago, Parker’s Birth of a Nation was an instant hit at Sundance, notching a then $17.5M acquisition from Searchlight.