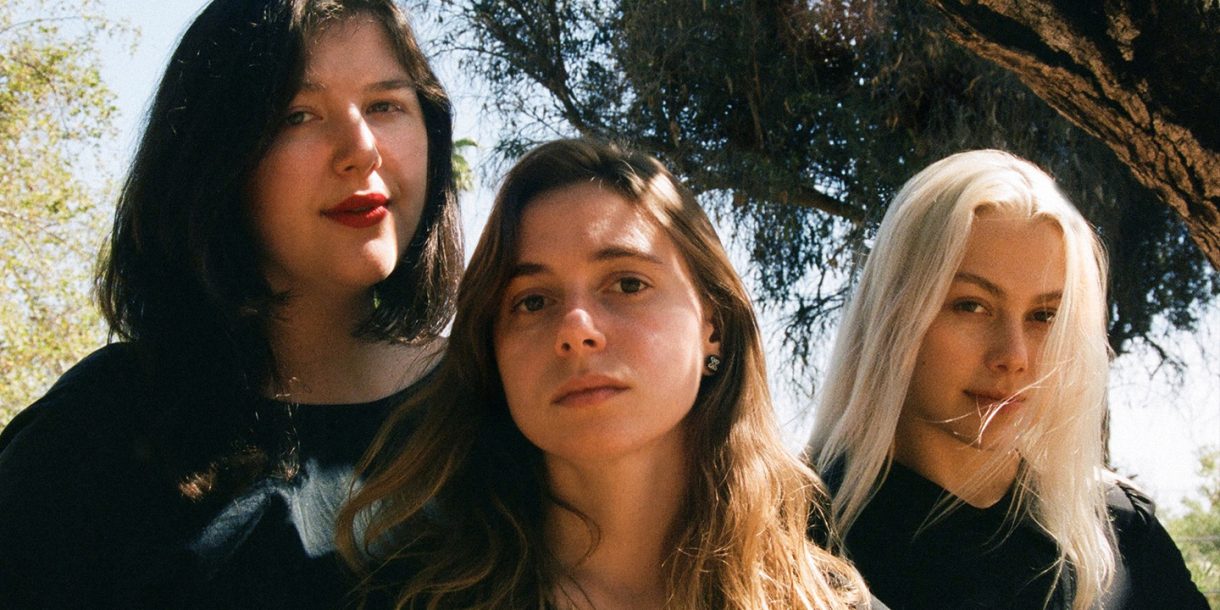 Song of the Week breaks down and talks about the song we just can’t get out of our head each week. Find these songs and more on our Spotify Top Songs playlist. For our favorite new songs from emerging artists, check out our Spotify New Sounds playlist.

While several stories over the past few weeks have reminded us that the entertainment world can still be very much a boys’ club in the worst ways imaginable, on the artistic side of matters, we’ve seen an undeniable shift in the recognition women are finally beginning to receive within the music industry, especially in the rock genre. Studies have shown that young women are not only picking up guitars at the highest rates ever, but they’re actually learning to play them in larger numbers than their male counterparts. No doubt it’s been partly due to the last several years producing an incredible treasure trove of albums and songs by female artists (all our recent year-end lists reflect this trend), which includes, for the first time ever, an all-female ballot of Grammy nominations for 2021 Best Rock Performance.

Among the finest ambassadors for women in rock are Julien Baker, Lucy Dacus, and Phoebe Bridgers, better known together as supergroup boygenius. In addition to a universally acclaimed self-titled EP that they recorded together in 2018, all three have recorded modern masterpieces as solo artists, with Bridgers even taking home one of the above-mentioned Grammy noms, not to mention the award for Consequence of Sound 2020 Artist of the Year. So, with Baker’s third solo effort only three weeks from release (and I’ll save you the suspense: it’s the best work she’s ever done), it’s not with just a little fanfare that fans learned her latest single, “Favor”, is actually a de facto boygenius reunion — an unexpected, though not entirely surprising, treat nestled three-quarters into Little Oblivions.

Like so many of Baker’s songs, “Favor” finds her untangling emotions and trying to make sense of her behaviors and how difficult it can be to truly relate to others. “I always wanna tell the truth/ But it never seems like the right time,” she sings earnestly. Of course, things get all the more difficult when she realizes that those she cares about can tell she’s hiding from them, and she fears it’ll only lead to hurt (“How long do I have until/ I’ve spent up everyone’s goodwill?”). Bridgers and Dacus join Baker softly and skillfully on the choruses in a song that demonstrates Baker’s growth as a pop songwriter both musically and, in this case, in terms of showing vocal restraint. One of the scene’s great belters, Baker has learned that her powerful voice is just one way to relate to listeners. Here, she’s more than compelling enough with true-to-life observations and confessions sung like a one-on-one reveal rather than a great revelation.

As we near the release of Baker’s latest triumph, we’re not quite sure who the clock will be on next. One thing we do know is this: wherever one of these talented musicians chooses to explore next, boygenius likely isn’t far behind.

Last October, Nick Murphy revived his Chet Faker alter ego for the first time in five years. The Aussie songwriter returned with “Low”, and now he’s skipping over the middle ground to share the new song “Get High”. Over bluesy keyboard chords, Murphy sings a bouncy tune about feeling bone-tired. This is an aspirational song, less a celebration of being high and more an interrogation of the state of mind that make you want to do it. “And just because I tried, doesn’t mean I’m wrong,” he sings, “Just because I’m cryin’, doesn’t mean I’m not strong.” In a statement, Murphy explained the impetus behind the track, saying, “Sometimes you just need a break. I find myself wanting to escape just for a little while and the song sort of showed up on its own.” –Wren Graves

It’s hard to follow up a pivotal pop culture moment like “WAP”, but Cardi B is certainly out here trying. The New York rapper has released a new single this week called “Up”, along with a music video. “LETS GOOOOOO!” an excited Cardi wrote earlier this week in a tweet announcing the track. The 28-year-old also shared two different artworks for “Up”; both feature her wearing very tiny, sparkly outfits while suspended high in the sky. (Coincidentally, just yesterday Cardi twirled high up on her in-home stripper pole as part of TikTok’s #SilhouetteChallenge.) “Up” doesn’t feature any macaroni in a pot, but it does have a ton of Cardi-branded confidence cookin’: “I could make the party hot/ I could make ya body rock/ Bitches say they fuckin’ with me/ Chances are they probably not.” The accompanying Tani Muino-directed clip also makes it clear that she’s strutting into 2021 with her head held high. At one point, Cardi, in flashy heels, is standing on top of a grave whose headstone reads “RIP 2020”. –Lake Schatz

Back in the fall, J.I.D dropped “Cludder” and “Ballads”, a pair of tracks that fans could only hear on select streaming platforms. Today, the Dreamville/Interscope Records rapper is making those cuts available wide, plus she’s shared a brand new remix of his 2017 track “Bruuuh” featuring Denzel Curry. Having been teased as far back as 2019, the “Bruuuh” remix marks Curry and J.I.D’s first collaboration since the latter appeared on “SIRENS | Z1RENZ” from the former’s 2018 LP TA1300. Curry’s verse here is loaded with chest-inflating simile and references, all building up to a vicious finale in which he delivers a lyrical fatality. “Flow is ugly, time to bust a sag/ Clint Eastwood, I killed the good and bad,” he growls. “Oh my God, would you look at that? How to kill a ego/ J.I.D and Zel, Scorpion to Sub-Zero.” –Ben Kaye

Indie icons Du Blonde and Ezra Furman have joined forces for the new song “I’m Glad That We Broke Up”. In their own ways, both artists have painted between the lines of voracious rock and roll and anthemic pop. Their new collaboration is an attempt to bridge those worlds. As Beth Jeans Houghton, a.k.a. Du Blonde, wrote on Twitter, “it’s our take on a 60s girl group/glam rock explosion.” She continued, “I feel like Ezra and I have been traveling towards a duet for years and we finally got our shit together. The track is about breaking up, regretting it and getting back together. It’s about realizing that sometimes being in love doesn’t have to be all fireworks and excitement and that having someone you can fart next to is precious.” “I’m Glad That We Broke Up” is taken from Du Blonde’s upcoming album, Homecoming, due out April 2nd. –Wren Graves

At any point in the last 10 years, a pairing between Freddie Gibbs and ScHoolboy Q would have made total sense. Now, it’s finally happened. The two rappers have teamed up for a new song called “Gang Signs”. Instead of lurking in the shadowy, dark-alleyway production that ScHoolboy typically reaches for on his own projects, “Gang Signs” is built from a minimal, lounge-y instrumental that’s more akin to the Alchemist beats on Gibbs’ 2020 album, Alfredo. Although the instrumental is quite plain and simple on its surface, Gibbs’ effortless, choppy flow is on full display here as he finds hidden pockets and curvy angles in the type of rhythm most rappers would just cruise over. The ever-dexterous ScHoolboy doesn’t slouch either. The Top Dawg Entertainment rapper swerves between pointed one-liners (“At the Grammys still strapped” ) and smooth stretches where he pulls out the double-layered vocal technique that’s always given his delivery its signature wooziness. –Eli Enis

Check out and subscribe to our Spotify Top Songs playlist.