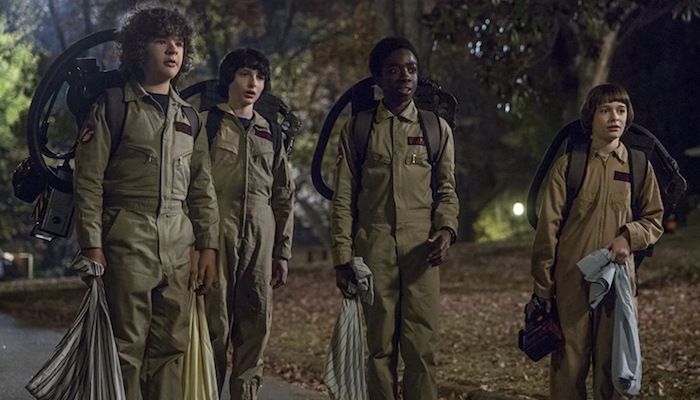 Due to the COVID-19 crisis, people are getting pretty crafty with their outdoor events. For Netflix, they decided to put on the Stranger Things: The Drive Into Experience especially for diehard fans of the series.

Now, it looks like Netflix is being sued by one of the actors who worked the drive-in event.

The Stranger Things: The Drive Into Experience seems like quite the event for diehard fans of the hit Netflix show. The Los Angeles-based experience transports guests back to Hawkins in the ’80s with elaborate sets and scenes from Stranger Things.

Those who have been lucky enough to snag tickets to the event get to experience Stranger Things like never before with the help of various actors. YouTuber paulsthemeparkadventures is just one of the visitors who documented their experience online.

Due to the pandemic, Netflix and event organizer Secret Cinema reportedly have various COVID-19 protocols in place. All guests travel through Starcourt Mall, the Russian labs and even the Upside Down from the safety of their cars. As well, there are reportedly numerous safety measures in place to protect the drive-in event’s actors and workers.

However, it now looks like Netflix has been hit with a lawsuit for the Stranger Things drive-in experience. According to the Hollywood Reporter, Timothy Hearl, one of the drive-in’s actors, is suing over COVID-19 work conditions relating to the event.

The report states that after playing a Demogorgon for a period of time, Hearl was given a different role as a character wearing a hazmat suit. Hearl previously expressed his worries about contracting COVID-19 from indoor rehearsals for the show. As well, other actors also complained about feeling sick from possible carbon monoxide poisoning due to the car exhaust.

Eventually, Hearl filed a complaint with the California Occupational Safety and Health Administration (OSHA) which he claims eventually led to his contract being terminated. Now, Hearl says his firing is in violation of California’s Whistleblower Retaliation statutes which protects employees from retaliation after reporting legal violations to authorities.

A representative for OSHA claims an onsite inspection of the Stranger Things event has been performed. As well, a source for production says there have been zero positive cases of COVID-19 from any of the actors.

A rep for Empyrean, who produced the show alongside Netflix and Secret Cinema, says people’s safety is their top priority.

“The safety of fans and our team members has remained the highest priority since the inception of the Stranger Things Experience. There are robust measures in place to protect the health and well-being of everyone on site. We’re proud that these protocols have resulted in an excellent safety record.”

For now, the Stranger Things: The Drive Into Experience is slated to operate through March. As the lawsuit moves forward, filming for Stranger Things 4 is still underway. Last week, new photos from the set seemingly confirmed a presumed-dead character may be making a surprising return.

What are your reactions to the Netflix lawsuit? Let us know in the comments below.