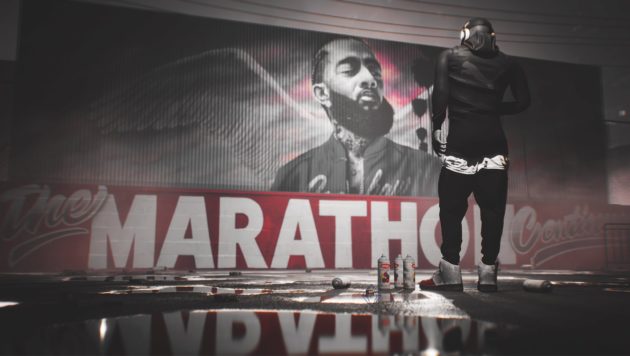 The Marathon will be televised.

Nipsey Hussle’s estate celebrates the 10 year anniversary of Nipsey Hussle’s critically-acclaimed mixtape, The Marathon with its visual album and documentary.

Put together by The Marathon Clothing and creative design OkiDoki, ‘The Marathon Visual Album Experience’, was streamed live on Youtube on Friday night (Feb. 5).

The interactive visual album featured virtual animation, soundtracked by the iconic mixtape. The documentary also included commentary by friends and colleagues who contributed to the project as well as rare footage and images of the late rapper and places during its creating process.

The Marathon was released on December 21, 2010 which spawned the hit “Keys To The City“, and many more. A year later, Nipsey released the follow-up The Marathon Continues.

Nipsey Hussle died on March 31, 2019 after he was fatally shot outside his The Marathon Clothing store in L.A. He was 33. Long live Nipsey Hussle.