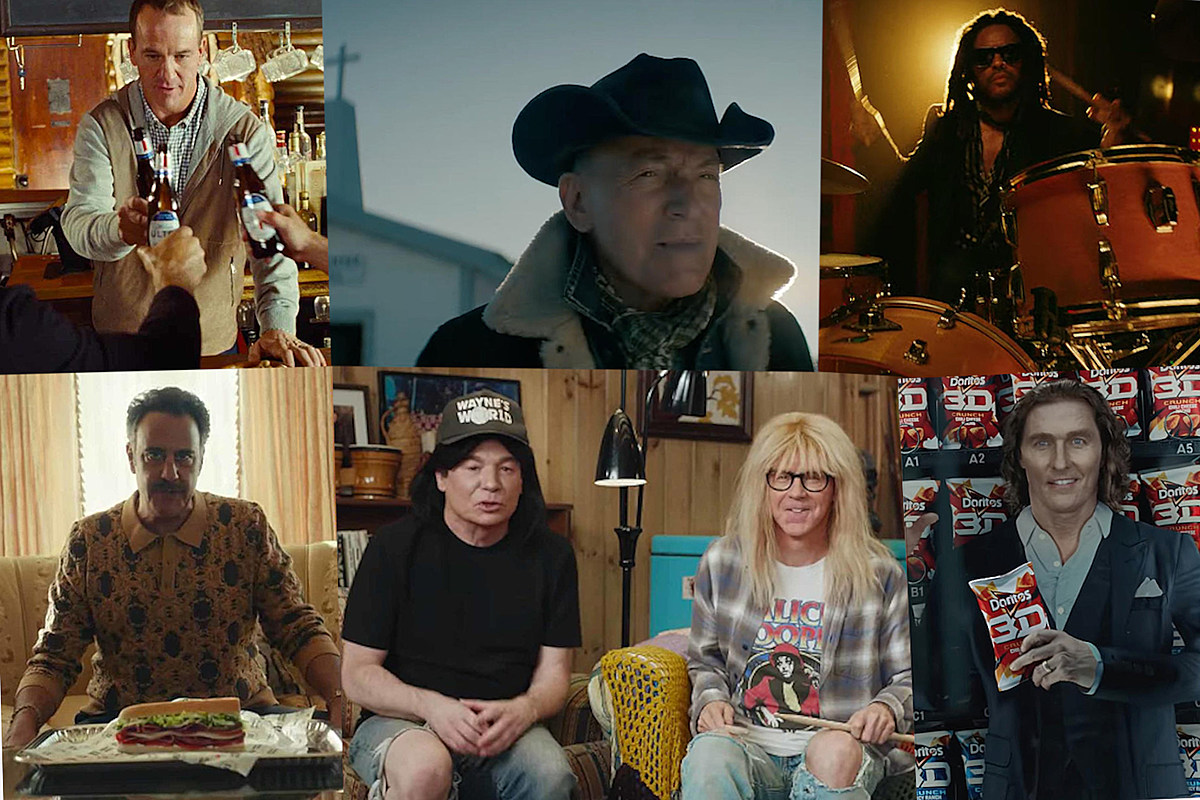 Classic rock will once again be well represented in commercials airing during Super Bowl LV.

This year, football fans will hear songs by the Beatles, Lou Reed and Bill Withers during the National Football League’s annual championship game, which will be played on Feb. 7 between the Tampa Bay Buccaneers and last year’s winners, the Kansas City Chiefs. But, as with almost everything else over the past 10 months, the coronavirus pandemic has affected not only the game, but also the ads. (The Super Bowl will be played in front of only 22,000 fans at Tampa’s 66,000-seat Raymond James Stadium this year.)

One company cast actors who live together rather than risk exposing strangers to the virus. Another major brand, which has run spots at every Super Bowl for 37 years, has announced that it will launch a campaign aimed at promoting awareness of COVID-19 vaccines. Instead of spending $5.5 million for every 30 seconds of airtime during the game, they created a high-profile commercial about the resiliency of Americans that’s airing outside of the game.

You can check out the Super Bowl LV commercials that use classic rock below.

A Super Bowl without the Budweiser Clydesdales seems almost unfathomable, considering how the beer brand has run a commercial every year since the mid-’80s. But for the first time in 37 years, Budweiser is devoting its advertising budget for the big game to promote awareness of COVID-19 vaccines. They partnered with the Ad Council and COVID Collaborative to make an ad, narrated by actress Rashida Jones, that shows how Americans have persevered throughout the pandemic and set it to a cover of Bill Withers’ “Lean on Me.” Anheuser-Busch will still be represented at the game through Michelob Ultra (see below).

Mercari, “Back in Play”

Mercari, an app that connects people looking to buy and sell items, commissioned a cover of the Beatles’ 1967 hit “Hello, Goodbye” for their commercial. The 15-second clip shows a couple that received identical popcorn makers as gifts and then uses Mercari to offload one of them. The campaign was launched in December 2020 with a longer ad that featured the same recording. Because of the pandemic, the ad agency hired actors who were already living together, which an executive for the agency believed made for a more authentic and emotional piece.

Herbie Flowers’ famous bass line on Lou Reed’s “Walk on the Wild Side” shows up in Michelob Ultra’s Super Bowl ad through its sampling in A Tribe Called Quest‘s “Can I Kick It?” The commercial features world-class athletes like Peyton Manning, Serena Williams, Alex Morgan and Jimmy Butler enjoying life with their friends as a voiceover questions whether the men and women were happy because they won or if they won because they were happy.

Mike Myers and Dana Carvey reprise their Wayne’s World characters for Uber Eats in a commercial noting the importance of supporting local restaurants. The duo skewer advertising tactics used in other Super Bowl spots, like sex appeal, subliminal messages and adorable babies. They also promise to “never shamelessly rely on a celebrity cameo,” before revealing rapper Cardi B.

The full-length spot was preceded by a teaser clip in which Wayne and Garth mocked the NFL’s strict policy against using the copyrighted term “Super Bowl” in ads. “We just wanted to say that we’ll see you soon for the … game, which for legal reasons cannot be named,” Myers said in the clip, before he and Carvey exchanged other synonyms for the big game.

Lenny Kravitz stars in this commercial for Stella Artois beer, which focuses on living life to the fullest. “We’re all born with 2.5 billion heartbeats,” the rocker explains before sitting at a drum kit and telling viewers, “That makes you a billionaire.” From there, the ad shifts to animation, as a cartoon likeness of Kravitz plays along to the singer’s 1991 hit “It Ain’t Over ‘til It’s Over.” Via voiceover, the musician continues waxing poetic about investing in “the fortune within us” and living for “the moments we share.” The real-life Kravitz returns on screen at the end of the spot, clinking glasses with friends and telling viewers to, “Invest your heartbeat in the life Artois.”

Queen‘s 1984 hit “I Want to Break Free” scores Doritos’ commercial for their 3D Crunch line, where actor Matthew McConaughey somehow finds himself reduced to two dimensions. This leaves him having problems performing everyday tasks, and Mindy Kaling and Jimmy Kimmel notice something different about him. Eventually, he slips into a vending machine, pulls out a bag of chips, takes a bite and is restored to his normal self. But that presents a different problem.

Sandwich chain Jimmy John’s enlisted the Hollies‘ hit “Long Cool Woman (In a Black Dress)” for their Super Bowl spot. The commercial stars actor Brad Garrett (best known for Everybody Loves Raymond) as Tony Bolognavich, the self-proclaimed “King of Cold Cuts.” The King lives a lavish life thanks to his sandwich empire, which utilizes low quality ingredients and “not-quite meat.” His lifestyle is threatened when Jimmy John’s moves in on his turf, so Bolognavich responds with some mafia-like tactics in what he refers to as “sandwich war.”

Bruce Springsteen appears in a poignant and powerful Jeep commercial, the first time in the rocker’s career that he’s partnered with an advertiser.

The two-minute spot, titled “The Middle,” sees the Boss delivering a message of reunification in the United States. “It’s no secret the middle has been a hard place to get to lately,” the rocker narrates. “Between red and blue, between servant and citizen, between our freedom and our fear.” After alluding to the many issues that have divided the nation in recent years, Springsteen touts the importance of reuniting. “We just have to remember the very soil we stand on is common ground.”

The spot was largely shot at a chapel in Lebanon, Kan., regarded as the geographic center of the 48 contiguous states. In addition to appearing in the Super Bowl commercial, Springsteen aided in scoring the spot.

‘Avatar 2’ Rises To No. 5 On All-Time Global Chart; Will It Overtake ‘Titanic’ Next?
Chlöe Announces Debut Album ‘In Pieces’
Kelsea Ballerini and Chase Stokes Hold Hands in Date Night Video
Regal Parent Cineworld Has Reached Out To 30 Potential Buyers As It Pursues Sale; Initial Bids Due Next Month
WanMor Releases New Single ‘Mine’