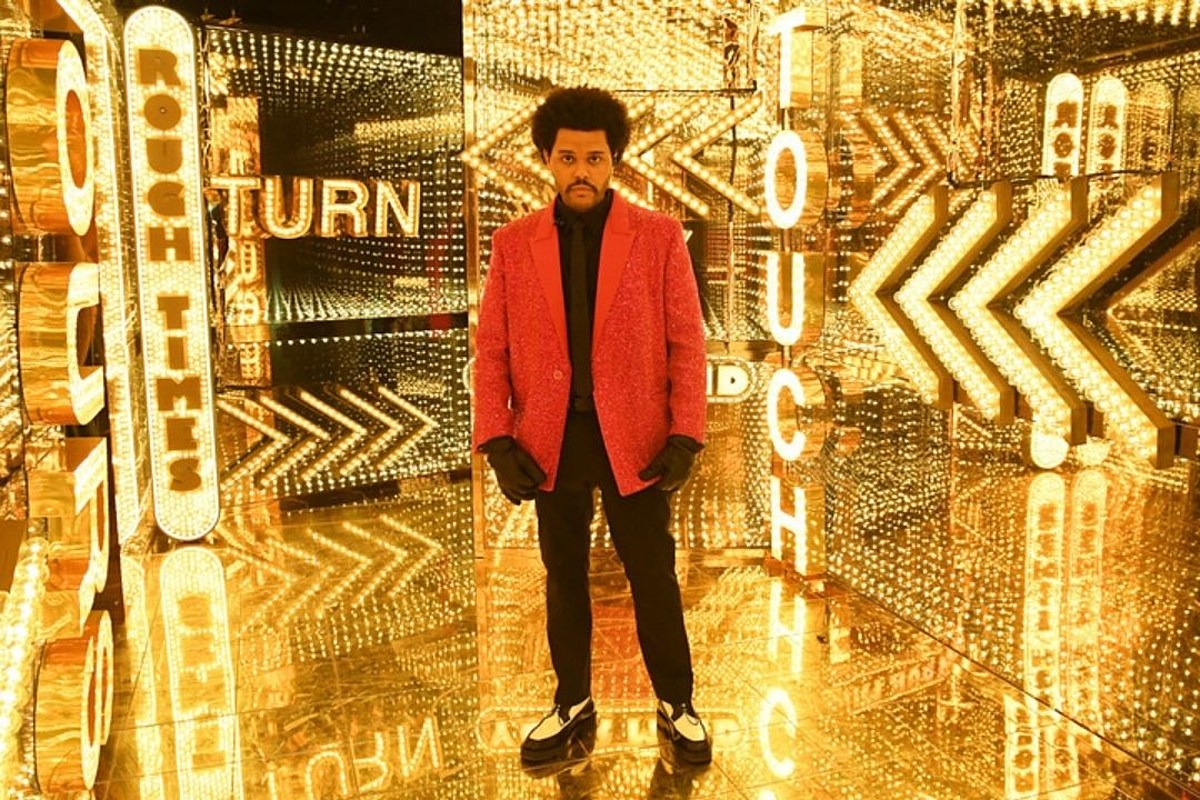 At the Super Bowl LV Halftime Show, The Weeknd performed an energetic medley featuring his biggest hits. After the performance, the internet is buzzing about one of the Grammy-winning singer’s unconventional sets, which has already generated a hilarious new meme.

Due to the COVID-19 pandemic, The Weeknd altered his performance to practice social distancing. Instead of performing in the middle of the field surrounded by by fans, he sang from atop (and inside) an elaborately constructed set piece.

The Weeknd, whose real name is Abel Tesfaye, began the show in a sparkling red blazer on a brightly lit stage. After a few songs, he brought the show inside a dazzling hall of lights, as the camera zoomed into his face and followed him around with a front view for the audience watching the home. As he rounded the corner into the reflective room, Tesfaye appeared disoriented and lost. Eventually, he found his footing, but his momentary look of confusion went viral.

Not long after his performance, several Twitter users began pairing the clip of The Weeknd navigating the lit-up corridor with witty observations about everyday life. Let’s face it: 2021 has already been a baffling year, and The Weeknd’s puzzled face is relatable to all of us.

Here are the funniest memes from The Weeknd’s 2021 Half Time Show performance.

The Most Unforgettable Halftime Show Moments Ever