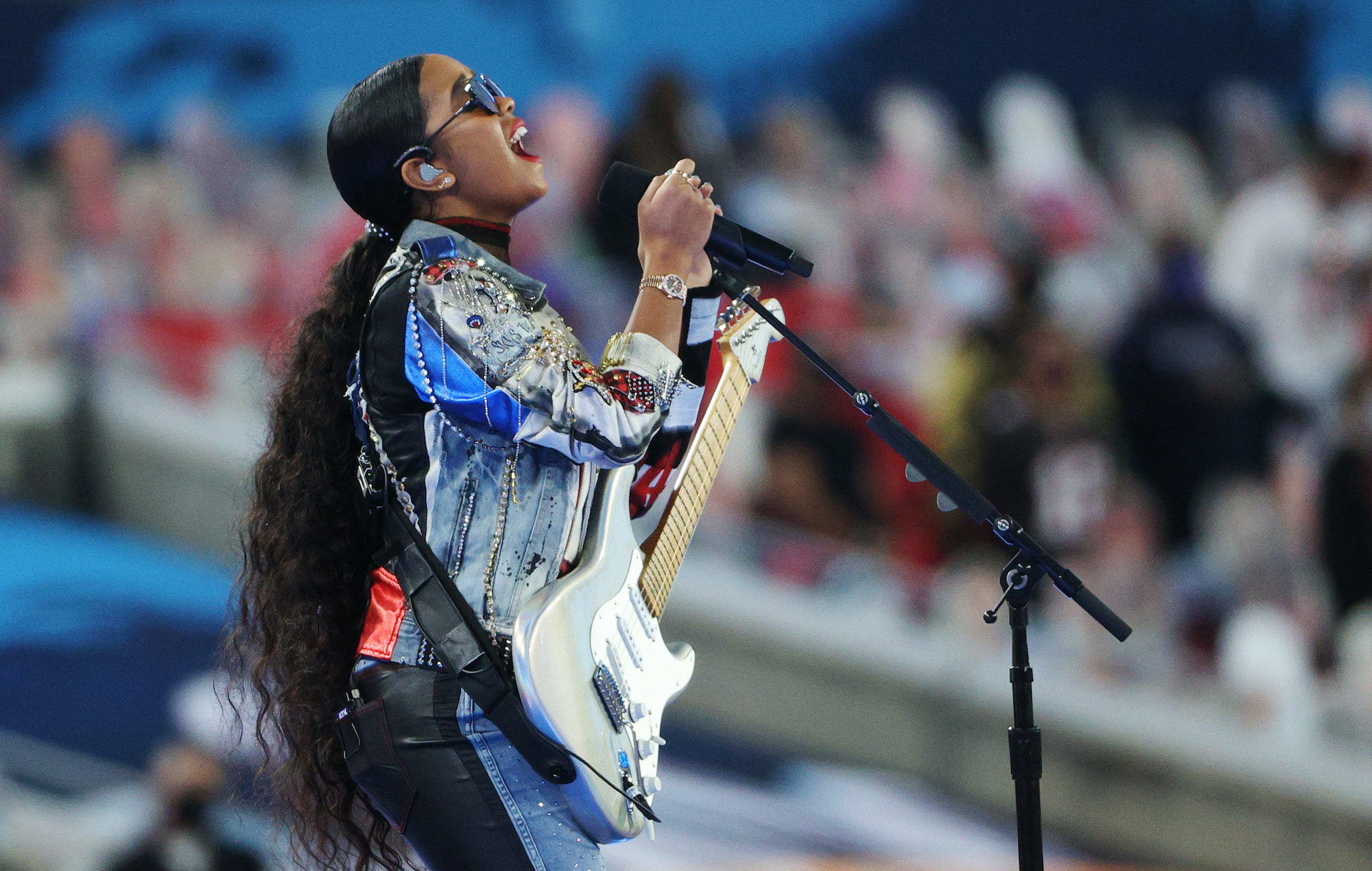 H.E.R. helped kick off the Super Bowl 2021 tonight (February 7) with a performance of ‘America The Beautiful’.

The Tampa Bay Buccaneers and the Kansas City Chiefs will go head-to-head in the game tonight.

H.E.R. played the patriotic song, which was written by Katharine Lee Bates, from the stands of the Raymond James Stadium in Tampa, Florida. Her performance saw her include an impressive guitar solo midway through the track.

Watch H.E.R. play ‘America The Beautiful’ at the Super Bowl 2021 below now.

Speaking to Entertainment Tonight before the game, the musician said: “It’s a huge stage and it doesn’t get any bigger, you know? But I think the goal, for me, is to make [the song] my own.

“I’m a huge fan of the different versions of ‘America the Beautiful,’ but I really want to bring some different elements in there – make it H.E.R.”

Shortly after H.E.R.’s performance, Jazmine Sullivan and Eric Church sang the US national anthem and the game got underway.

Later, The Weeknd will perform at this year’s half-time show, for which he has put up $7million (£5.1m) of his own money. There was some speculation that the performance would have to be pre-recorded – at least in part – due to the coronavirus pandemic. However, it has since been confirmed that it will be completely live.

The star has also said that he will have no guests joining him during the show. “There wasn’t any room to fit it in the narrative, in the story I was telling in the performance,” he said in a recent interview. “So yeah. There’s no special guests.”

During a press conference ahead of the game, he also responded to rumours that he would be performing from the stand. “Due to the COVID and for the safety of the players and the workers, we built the stage within the stadium,” he explained.

“We’re also using the field as well, but we wanted to do something that we’ve never done before. So we built the stage in the stadium, but I’m not gonna tell you anything else cos you have to watch on Sunday.”