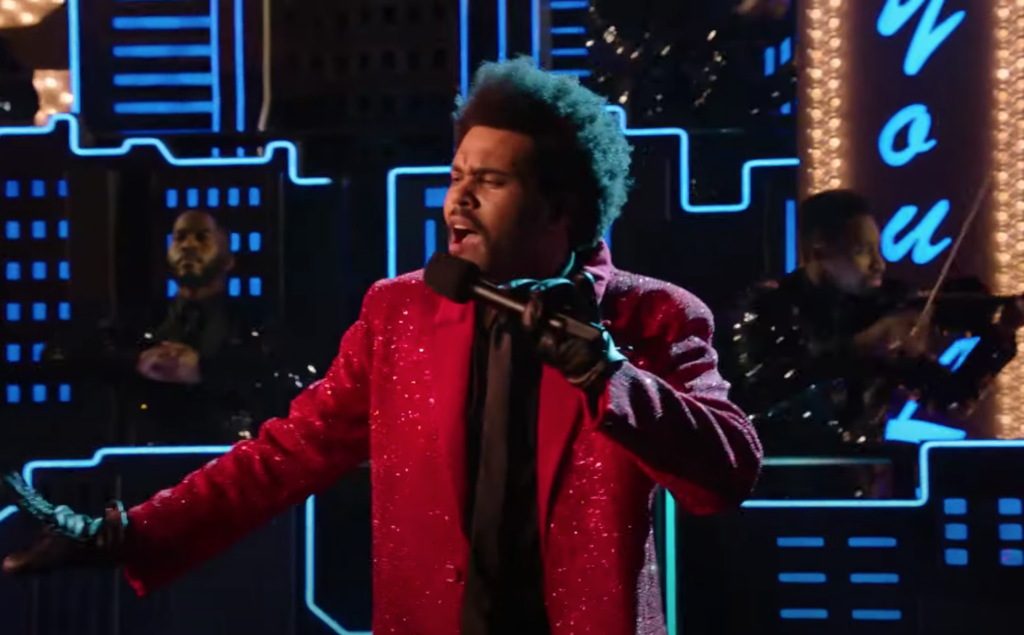 If anyone doubted The Weeknd’s talent, his Super Bowl LV halftime show is enough to silence critics.

Dressed in a red blazer, The Weeknd opened his 14-minute set with “Call Out My Name,” before diving right into his number-one single “Starboy.”

The Weeknd delivered an electrifying performance that revisited some of his finest tunes such as “The Hills,” “Can’t Feel My Face,” “I Feel It Coming,” “Save Your Tears,” “Earned It” and “House of Balloons/Glass Table Girls.” He capped the show with his massive hit “Blinding Lights.”

According to Billboard, The Weeknd spent $7 million of his own money to cover the production costs of his thrilling performance.

The Weeknd is set to kick off The After Hours Tour in 2022, in support of his latest album of the same name.