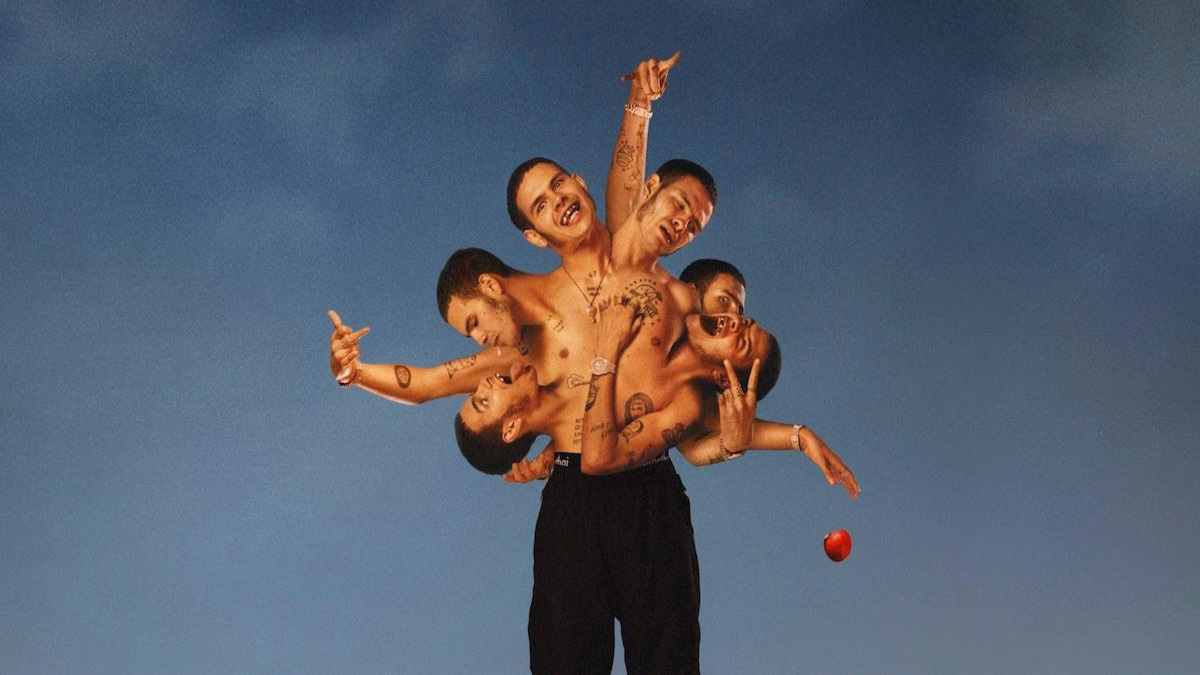 Later this week, slowthai will finally unveil his sophomore album TYRON, which is one of our most anticipated projects of the year. As one last preview before it drops, the UK rapper has shared a song from the record called “CANCELLED” that features fellow British MC Skepta.

slowthai is no stranger to transgressive behavior, and as the title suggests, this track is all about reveling in disorderly conduct that the public might frown upon. “I ain’t an actor, fuck the Oscars, main stage in my boxers/ Thousand grams, fuck the Grammys, same-same for the shoppers,” are the opening lines to slowthai’s short yet piercing verse.

Skepta handles the hook, starting with chest-puffing braggadocio — “How you gonna cancel me?/ Twenty awards on the mantelpiece/ Pyramid Stage at Glastonbury/ Girls in the crowd got their hands on me”—and then steering it in a menacing horrorcore direction. “I’m a vampire, got the fangs on you/ Now you’re dripping blood,” he raps with his unmistakable baritone.

Fittingly, the accompany music video features references to Scream and American Psycho, and shows Skepta doing an interpretive dance with a chainsaw. In addition to the studio version of “CANCELLED”, the rappers have also uploaded official footage from their Friday night performance of the song on Jimmy Fallon. Rather than streaming in from a generic recording booth like so many livestreams these days, the two of them circled one another in a creepy haunted house  with flashing lights and tattered wallpaper.

Watch both videos below.

TYRON is out later this week and pre-orders are still going. Since announcing the record last year, slowthai has teased it with “nhs”, “feel away” (featuring James Blake and Mount Kimbie), and “MAZZA” featuring A$AP Rocky. Back in December, he also dropped a non-album single called “Thoughts” and appeared on Gorillaz’s 2020 song “Momentary Bliss”.

Skepta also contributed to that Gorillaz album, and he recently guested on Kid Cudi’s long-awaited Man on the Moon III: The Chosen.