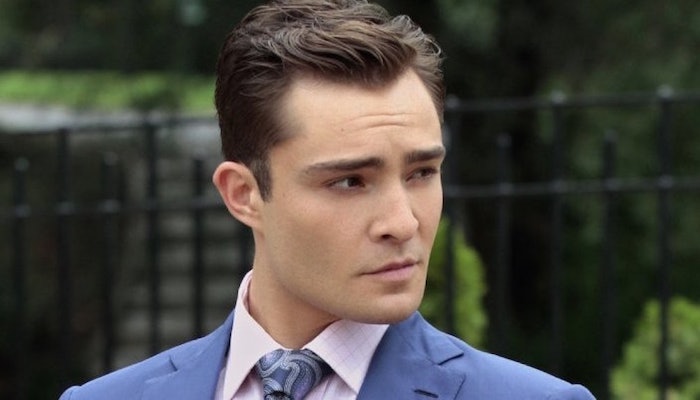 The original Gossip Girl series may be over, but it looks like Chuck Bass isn’t quite finished yet.

This week, Ed Westwick made his official debut on TikTok by taking part in a new viral trend.

If you’ve spent hours aimlessly scrolling through TikTok recently, then you probably already know about this latest trend. The “Tell Me…Without Telling Me” TikTok challenge has taken over the video-sharing platform in recent weeks and has been applied to films, TV shows, music and really everything in-between.

@edwestwickI’m challenging you to stitch this video, use the hashtag #StitchEd so I can see your submissions and I’ll be reacting to some of my favourites♬ original sound – Ed Westwick

Read more: You can hear Andy Biersack read his autobiography to you—here’s how

Since the video’s release on Monday, it’s been viewed almost 20 million times. As a result, Westwick has received a flood of responses to his TikTok challenge.

It’s been more than eight years since Gossip Girl fans said goodbye to the group of friends from the elite Manhattan prep school. However, viewers will be returning to the Upper East Side soon for the Gossip Girl reboot. Filming for the reboot is currently underway and is expected to air on HBO Max sometime this year.

According to Harper’s Bazaar, the new series is picking up right where the original show left off.

“Eight years after the original website went dark, a new generation of New York private school teens are introduced to the social surveillance of Gossip Girl. The prestige series will address just how much social media—and the landscape of New York itself—has changed in the intervening years.”

What are your reactions to Ed Westwick’s new TikTok? Let us know in the comments below.