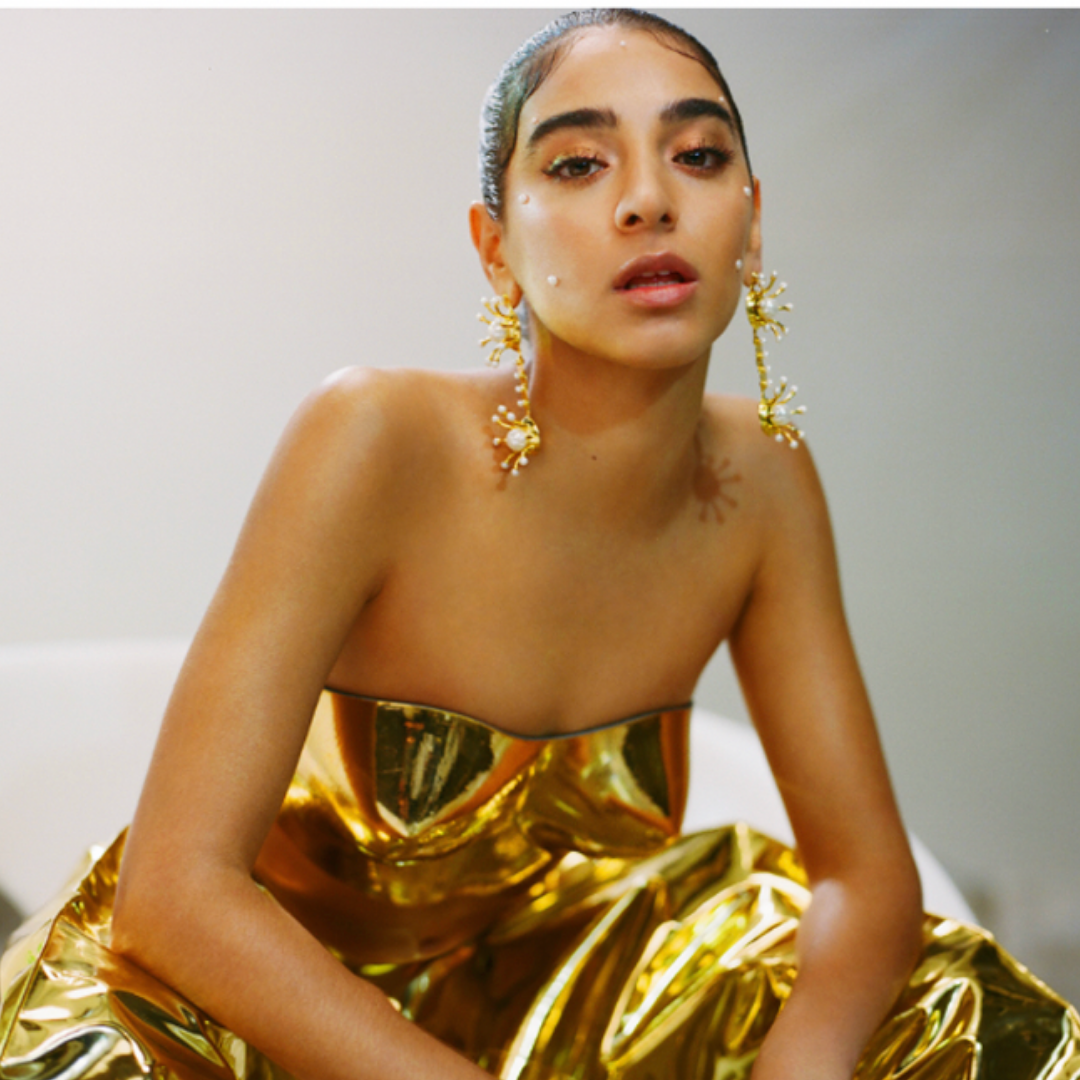 Critically-acclaimed British R&B/soul artist Kara Marni recently released, “Trippin (Tripped Out Soul Mix)” – a special collaboration with the legendary Verdine White of the GRAMMY-award winning group Earth, Wind & Fire. The track is a soul rework of her feel-good R&B anthem “Trippin,” which samples Amerie’s “1 Thing” and teases what’s to come from her third EP due out this spring.
Verdine recruited fellow Earth, Wind & Fire band member John Paris as well as GRAMMY-award winning producer Neal Pogue (Outkast) to rework “Trippin” with him. The three used live instrumentation at a studio in Los Angeles to deliver their distinctive soul jazz-infused sound giving the song a new energy and vibe.
Speaking about Kara, Verdine says:
“I love Kara’s musical style. She’s an incredibly talented young lady and did a great job re-doing Amerie’s ‘1 Thing.’ Once I listened to ‘Trippin,’ it was an easy yes to collaborate—her voice is beautiful. I loved the record and wanted something we could all swing to. Working on this remix remotely was a different process, but the energy and excitement from Kara made it seem as if she was in the room with us.”
“Trippin” has garnered nearly half a million combined audio and video streams since its January release and received praise from NME, Notion, NYLON and more. Kara also performed the song on London’s coveted Sunday Brunch.
Throughout her short career so far, Kara Marni has accumulated more than 50 million career streams and is a mainstay of the major pop and R&B playlists including Spotify’s Chill Hits and This Is How We Do as well as A List: R&B on Apple Music. Her first two EPs, No Logic and Love Just Ain’t Enough, led to radio support from BBC Radio 1Xtra, where her single “Lose My Love” spent 5 weeks on the A-list. Her previous single “Young Heart” garnered over 5 million combined audio and video streams.
Embrace the trippy visuals here:
“Trippin” (Tripped Out Soul Mix) is available now on all digital streaming platforms.
This article was originally published by Thisisrnb.com. Read the original article here.
R&B
Share on Facebook
Share on Twitter
Share on Pinterest
Share on LinkedIn