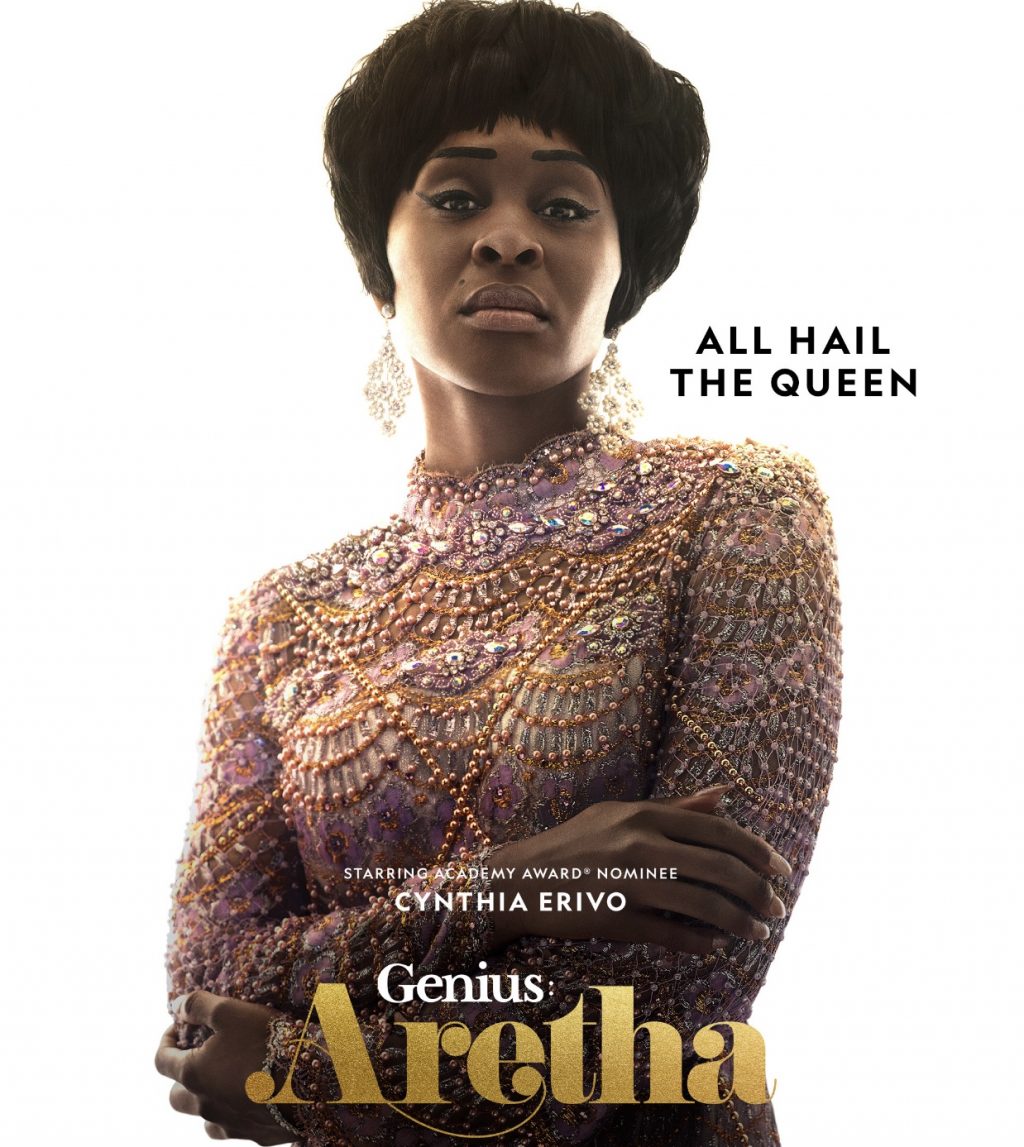 If this trailer is any indication of what’s to come, it appears Cynthia Erivo is eyeing a potential Emmy Award for her portrayal of Aretha Franklin in the upcoming series Genius: Aretha. The National Geographic series will premiere over four consecutive nights starting March 21 at 9pm. This series was authorized by her estate and will take an in-depth look at the legendary singer’s life and career. Aretha Franklin is often regarded as one of the greatest vocalist of all time, so it is fitting that the “Queen of Soul” is being chronicled in such a big way.

In the teaser, we see Cynthia Erivo embody the confidence and sass of  Franklin as she sings her 1968 classic “Chain of Fools.” The series will also feature legendary actor Courtney B. Vance in the role of Franklin’s father Reverend C.L. Franklin. We know our eyes will be glued each night to watch the story unfold. Sound on, and let us know if you’re excited for the series as we are.

Check out the trailer below: