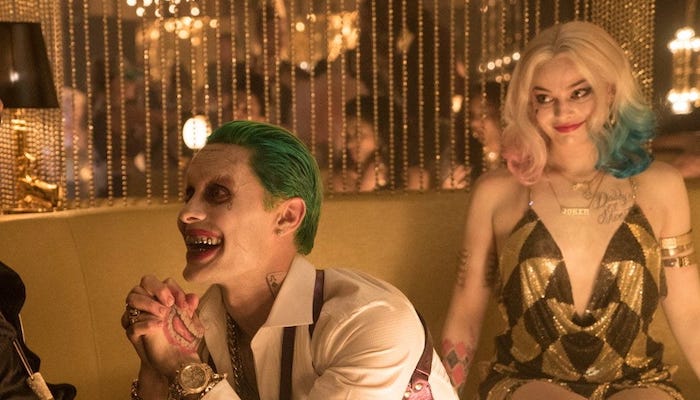 It’s been five years since Jared Leto and Margot Robbie portrayed the tumultuous couple Joker and Harley Quinn in David Ayer‘s Suicide Squad. During filming, rumors emerged that Leto immersed himself into the role of Joker so much that he actually gifted Robbie a dead rat.

Now, five years later, Leto has decided to clear the air and reveal the truth behind the story.

Read more: Elon Musk thinks searching for aliens is a waste of time—here’s why

Before Leto’s Joker officially returns to screens next month, the actor is clearing the air about a five-year-old rumor. Adam Beach, who played Slipknot in Suicide Squad, previously told E! that Leto got very into his Joker character. So much so that he gave his co-stars some peculiar gifts. For Robbie, Leto reportedly gave her a “nice love letter with a black box with a rat in it—a live rat.”

As rumors go, the story soon got retold and led many fans to believe that Leto actually gifted Robbie a dead rat. However, Leto has now cleared the air and says that never happened.

“I never gave Margot Robbie a dead rat, that’s not true,” he tells GQ. “I actually – I found this place in Toronto that had great vegan cinnamon buns and that was a very common thing.”

So although Leto may not have gifted Robbie a dead rat, he did really give her a live one. Back in 2016, Robbie told GQ that she had kept the rat as a pet. However, she didn’t mention anything about those vegan cinnamon buns.

“I ended up getting him like a sweet little playpen.”

Elsewhere in the interview, Leto revealed the responsibility he felt taking on such an iconic role in Suicide Squad.

“Stepping into the Joker’s shoes is an incredible opportunity,” Leto says. “Taking on an infamous Shakespearan character, lots of people played the part before [and] lots of people will play it in the future. So, it’s an opportunity to kind of do something new and explore the challenging territory. We had a lot of fun with it, but it’s also interesting how this stuff all takes on a life of its own.”

Read more: Machine Gun Kelly is acting alongside his daughter in this new thriller

The Snyder Cut of Justice League may not be the only time we see Leto play Joker in the future. Currently, rumors are swirling that Ayer could release an Ayer Cut of Suicide Squad. As we all remember, Suicide Squad was recut post-filming and led to the elimination of a lot of Leto’s screen time.

Over the years, reports emerged that Leto’s scenes were cut because Warner Bros. officials didn’t care for his portrayal of Joker. However, director David Ayer has largely disputed this. In fact, Ayer has shared various glimpses into Leto’s cut scenes, leading to many fans requesting that a recut of the film be released.

Did you think Jared Leto really gave Margot Robbie a dead rat? Are you going to watch the new Justice League? Let us know in the comments below.