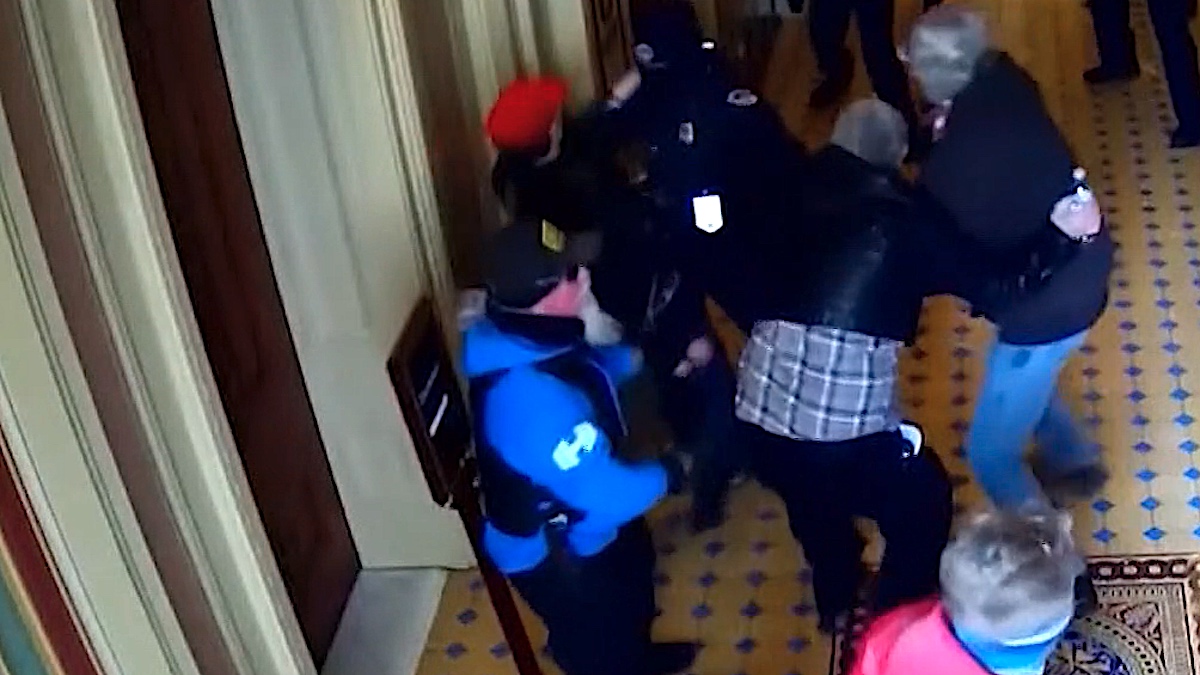 New surveillance video released as evidence during the impeachment trial of Donald Trump appears to show Iced Earth guitarist Jon Schaffer charging toward officers during the January 6th insurrection at the U.S. Capitol.

The new security footage was shared by CNN on Monday (February 15th), and one of the videos depicts a white-goateed man sporting the same blue jacket and Oath Keepers hat that Schaffer was wearing in photos that surfaced from the riot. He can be seen among a pack of several insurgents charging at an undermanned group of officers.

Previously, only still photos of Schaffer were released to the public. One of those pictures, which was featured by a number of major news outlets, shows the guitarist pointing in a very similar manner that can be seen on the video.

Schaffer was arrested on January 17th and is currently being held in a jail in Indiana. He is awaiting transportation to Washington, D.C., where he faces a hearing on six federal charges. One of the charges is engaging in an act of physical violence in a Capitol Building, with the FBI noting that the metal musician “was allegedly among rioters who sprayed Capitol police with ‘bear spray’.”

Earlier today, two members of Iced Earth — singer Stu Block and bassist Luke Appleton — announced that they had quit the band in the wake of Schaffer’s arrest. Another member, lead guitarist Jake Dreyer, implied that he is no longer associated with Iced Earth, telling TMZ he is focusing on his other band, Witherfall.

The security footage that apparently shows Jon Schaffer and others charging toward officers begins at the 1:13 mark mark below.