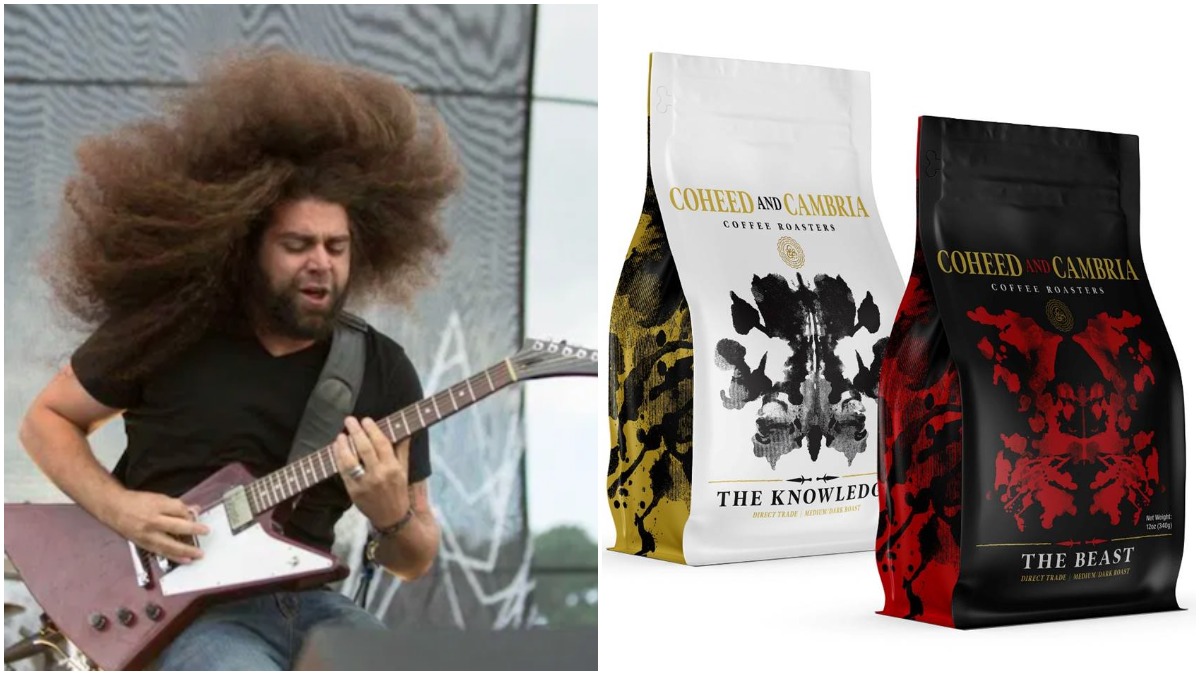 Coheed and Cambria (photo by Thaib A. Wahab) and their coffee

Coheed and Cambria are known for making extremely heady and technical prog-rock — the types of albums you might need a fresh cup of coffee to fully absorb. Now they’ve got you covered.

The band that’s led by virtuosic singer-guitarist Claudio Sanchez have launched there very own coffee company that’s fittingly titled Coheed and Cambria Coffee Roasters. The prog wizards are collaborating with the company J Gursey Coffee Roasters, but they’re making sure to treat this venture with the same attention to detail that they give their music and comics.

The two blends are based on the characters in “The Amory Wars”, the high-concept sci-fi story that nearly all their albums tell a different chapter of. Within Coheed lore, “The Knowledge and The Beast” are the code names for their story’s two main characters, Coheed and Cambria Kilgannon, and the coffees were crafted to correspond with their traits.

Cambria’s “The Knowledge” is a dark-light blend with flavors that hail from African, Ethiopian, and South American regions. Meanwhile, the band describes Coheed’s “The Beast” flavor as “coffee with a bite. It’s a medium-dark roast with a hint of espresso that originates from Africa, Papa New Guinea, South American, and Central America.

With no ability to tour and everyone stuck inside during the winter months, launching a coffee brand is actually a really smart merch move for a band to make, and Coheed are really doubling down on the cozy vibes. In addition to the coffee, they’re also selling matte mugs that correspond with each flavor, a custom pour over coffee maker, and trendy to-go containers for when you do have to go back to the office.

Both of the coffee flavors and their associated swag are available now.

Last year, the band teamed up with Rick Springfield for a sequel to his 1981 pop hit, “Jessie’s Girl”, and Sanchez released two songs from his electronica solo project, The Prize Fighter Inferno.