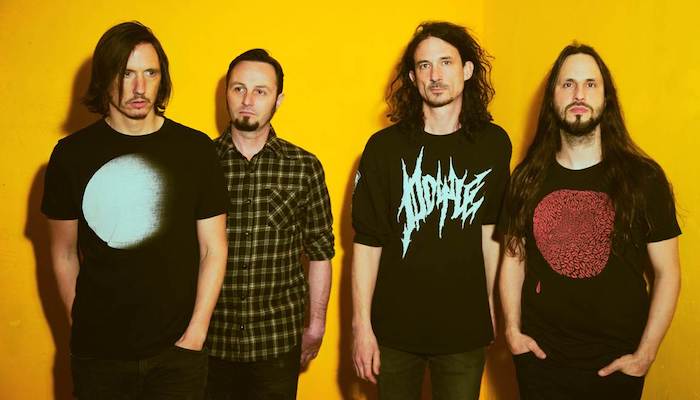 The wait for even more new Gojira music is finally over. On Wednesday, the French heavy metal band debuted their hard-hitting new single “Born For One Thing.”

The new song offers another preview of their forthcoming studio album FORTITUDE which arrives on Apr. 30.

It’s been well over four years since fans last heard a new full-length album from Gojira. Back in 2016, they released their 10-track studio album Magma. Then, finally, in 2020, they debuted their latest song “Another World.” Little did fans know, however, that last year’s track offers a taste of what they can expect from Gojira’s first full-length album in nearly five years.

On Wednesday, the heavy metal band confirmed that their next studio album is finally on the way. FORTITUDE, an 11-track LP, officially arrives on Apr. 30. Now, Gojira are offering another taste of the upcoming album with their heavy new single “Born For One Thing.”

Things definitely get a little strange in the track’s video. The visual opens up with a mysterious man swallowing a pill in the middle of a natural history museum. Soon after, the man morphs into a girl and dashes away from a security guard. From there, a trippy action-packed story unveils on-screen all while Gojira bring the gritty new single to life.

Read more: You can hear new Green Day music before the rest of the world—here’s how

For Gojira’s vocalist and guitarist Joe Duplantier, “Born For One Thing” is all about anti-consumerism and is partly inspired by the Tibetan and Thai philosophers he read when he was younger.

“We have to practice detaching ourselves from everything, beginning with actual things,” Duplantier says. “Own less possessions, and give what you don’t need away, because one day we’ll have to let everything go, and if we don’t, we’ll just become ghosts stuck between dimensions.”

As it turns out, 2020’s “Another World” laid the foundation for what eventually became FORTITUDE. The new album was recorded and produced by Duplantier at Silver Cord Studios. As well, the songs were mixed by Andy Wallace (Nirvana, Rage Against The Machine).

You can now pre-order your copy of FORTITUDE before it arrives on Apr. 30. Later this summer, Gojira are set to hit the road with Deftones after their 2020 tour was postponed amid the coronavirus pandemic. The full list of dates and ticket information are available here.

What are your reactions to the “Born For One Thing” video? What are you most looking forward to hearing on Gojira’s new album? Let us know in the comments below.