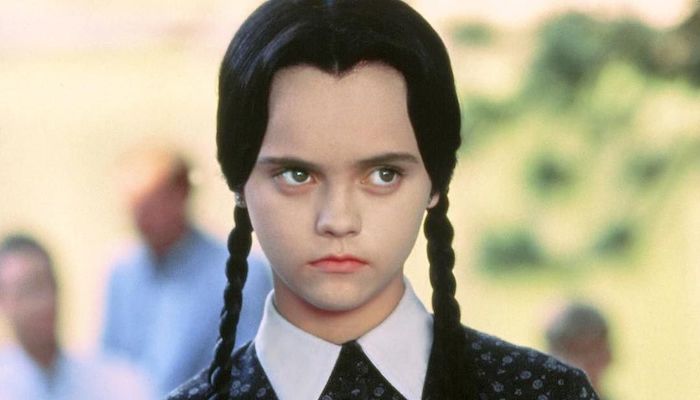 It looks like Wednesday Addams is finally getting the spotlight all to herself. This week, it was confirmed that Tim Burton‘s live-action Addams Family TV reboot now has a streaming platform to call home.

As well, the first official look at the coming-of-age comedy series has made its unsettling debut.

Read more: You can hear new Green Day music before the rest of the world—here’s how

Back in October, Tim Burton fans rejoiced as reports emerged that the director is working on an Addams Family reboot exclusively for television. However, fans soon learned that this new live-action series isn’t the reboot they may have been expecting. This time around, the show is completely centered around Wednesday Addams. As well, it was initially reported that Netflix was at the top of the list of landing the project.

Now, it looks like Netflix has won the bid for the new show after all. Wednesday is a coming-of-age comedy series that focuses solely on the dark-haired girl with a personality to match. Deadline reports that the live-action series follows Wednesday’s years as a student at Nevermore Academy.

Read more: This zombie movie is just one of the new scripts Corey Taylor has written

While there, she attempts to master her emerging psychic ability, prevent a massive killing spree in her local town and solve the supernatural mystery that involved her parents 24 years ago. During all of this, she must also navigate her new and sometimes complicated relationships.

On Feb. 17, Netflix unveiled the mysterious first look at the new show. The official poster shows Wednesday strumming away on a cello with an eerie knife in hand.

“Tim Burton is bringing Wednesday Addams to Netflix in a live-action coming-of-age series! Burton will also make his TV directorial debut on the sleuthing, supernaturally infused mystery that follows Wednesday as a student at Nevermore Academy.”

Tim Burton is bringing Wednesday Addams to Netflix in a live-action coming-of-age series!

Burton will also make his TV directorial debut on the sleuthing, supernaturally infused mystery that follows Wednesday as a student at Nevermore Academy pic.twitter.com/8ei3wIUrxq

Back in December, rumors emerged that Burton may be reuniting with Johnny Depp for the new Netflix series. According to reports, Depp is in talks to play Gomez Addams in Wednesday. However, no actors are attached to the project at this time.

The Addams Family‘s story has been retold various times over the years. The fictional household was first created by American cartoonist Charles Addams in 1938. However, the story has had various screen adaptations over the years including two other live-action television series. More recently, the Addams Family was made into an animated movie that has a sequel arriving sometime this year.

What are your reactions to Tim Burton’s new Addams Family TV series? Are you planning to watch it? Let us know in the comments below.