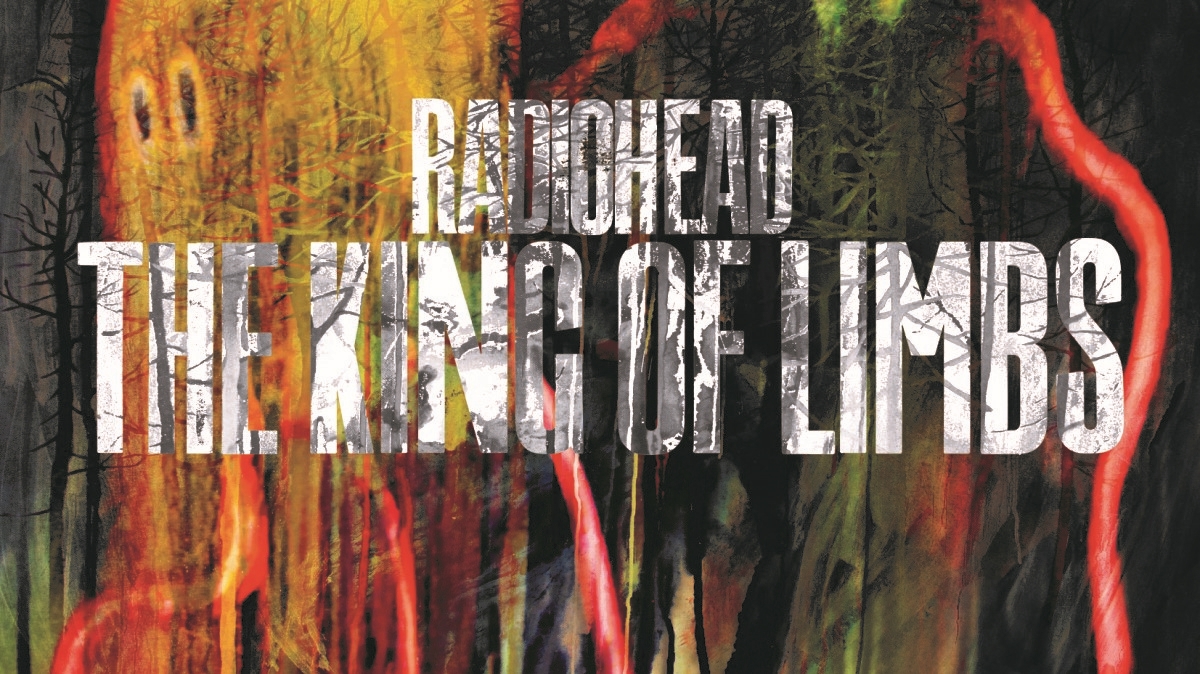 Editor’s Note: Radiohead’s The King of Limbs came out on February 18th, 2011, to strong sales but mixed criticism. A decade later, our own Jordan Blum revisits the band’s eighth studio album and its gradual journey toward the heart of many fans. For more articles like these, check out our Are These Classics Yet? series.

People have often said that Radiohead are the last great rock band. While that may be an unfair and hyperbolic assessment — especially since they frequently defy categorization — it’s certainly an understandable one. After all, no other group in the last 30 years have managed to fully sustain their integrity amidst achieving endlessly admirable evolutions and perpetually outstanding commercial and critical reception. In that sense, they’re like a modern-day Beatles, consistently challenging themselves, their audience, and popular music at large while remaining incredibly eminent and successful. (Of course, there’s another clear parallel in how they’ve impacted the business side of the music industry.)

Indubitably, that holds true for their eighth sequence, The King of Limbs. Released on February 18th, 2011, it shook things up once again — as only Radiohead could — by eschewing more conventional notions of songwriting and instrumentation in favor of seemingly superficial ambient/electronic dreamscapes. Although it fared well at first, it’s become more maligned in the subsequent years, with listeners generally appreciating the band’s brazen innovations but concluding that it’s a disappointingly shallow and ephemeral successor to 2007’s In Rainbows. (To be fair, that seventh outing was a brilliantly varied and enduring collection of songs that ended with perhaps Radiohead’s greatest composition — “Videotape” — so expectations were justifiably high.)

However, The King of Limbs didn’t come out of nowhere; rather, it was the logical next step for an act that’d been toying with similar kinds of abstract sound collages and minimalistic melodies since they began. Be it Pablo Honey’s “Blow Out”, The Bends’ “(Nice Dream)”, OK Computer’s “The Tourist”, Hail to the Thief’s “The Gloaming”, In Rainbows’ “Nude”, or the majority of Kid A and Amnesiac, the DNA of The King of Limbs had always been there. Those other records simply capitalized on other features in order to expand upon exclusive, yet essential, aspects of Radiohead’s daringly multifaceted persona. The King of Limbs was no exception, as it merely emphasized another continually present part, resulting in merits that were different from, but comparable to, those of its predecessors.

As for how the LP came to be, the story starts a few years prior with In Rainbows. Basically, the record gave the group more clout than they’d ever had, not only because of how well it was received and awarded but also for how revolutionary and radical its independent distribution was. Radiohead had uploaded it to their website on October 10th, 2007, and allowed fans to download it for any price (including absolutely free), thereby popularizing a landmark “pay-what-you-want” model that gave creators far more agency over their work by cutting out greedily overbearing middlemen (such as record labels).

As controversial as it was, the move ultimately led TIME to call In Rainbows “the most important release in the recent history of the music business.” In addition, the retail versions of the LP — released a couple of months later — still sold enough to peak at No. 1 in both the UK and Billboard 200. Thus, Radiohead had done something more substantial than simply continue their trend of creative excellence: they rewrote the rules of music distribution and redefined the power dynamics inherent within it, making them the true kings of their destiny just as more and more people became fixated on what they’d do next.

Afterward, they invited fans to remix two tracks from In Rainbows, “Nude” and “Reckoner”, which demonstrated their growing interest in the sonic palette that The King of Limbs would exude. Although they’d mostly stayed out of the public eye, they continued to work on their own projects, too, with August 2009’s krautrock single “These Are My Twisted Words” — as well as Yorke’s new supergroup, Atoms for Peace, and Jonny Greenwood’s score for Norwegian Wood — indicating the direction their eighth record might take.

Between May 2009 and January 2011, Radiohead and longtime producer Nigel Godrich worked on The King of Limbs. From the jump, they decided to veer away from the relatively traditional (for them, anyway) arrangements of its forebearer by manipulating their recordings with sampling, looping, and turntables. Greenwood explained, “We didn’t want to pick up guitars and write chord sequences. We didn’t want to sit in front of a computer either. We wanted a third thing, which involved playing and programming.” True to their intentions, The King of Limbs feels like a composite of their organic and programmed selves, as if The Bends, Kid A, and Hail to the Thief fused into something fundamentally new but recognizable. In terms of its imagery and inspirations, Yorke clarifies, The King of Limbs was stimulated by notions of environmentalism, “wildness,” and “mutation.” Its title stems from an ancient oak tree in the Savernake Forest in Wilshire, England, and its cover was co-designed by Yorke and prior collaborator Stanley Donwood as a twisted visualization of nature, spirits, and fairy tales.

Like In Rainbows, it was first released as a download from their website (albeit a day earlier than initially announced and for a flat fee of £6). There were a few subsequent embellishments, too, like a special “Newspaper” edition that came shortly thereafter and offered a CD, two 10” vinyl records, and a mock periodical. Plus, there was a Record Store Day double single comprised of two unreleased songs — “Supercollider” and “The Butcher” — as well as TKOL RMX 1234567, an album of remixes done by artists such as Mark Pritchard, Four Tet, Harmonic 313, and Lone. Lastly, there was The King of Limbs: Live from the Basement, which offered fuller and noticeably modified renditions of the original tracks that, like precursor In Rainbows, appealed more to some fans.

Surprisingly, Radiohead waited a few months before taking The King of Limbs on the road, and because of how complex and atypical its rhythms were, they brought on a second drummer, Portishead’s Clive Deamer (who’s still filling the role). Some appearances included a set at the Glastonbury Festival and two nights at the Roseland Ballroom in New York City, plus performances on shows like Saturday Night Live and The Colbert Report. Unfortunately, a freak accident before their show at the Downsview Park in Toronto resulted in the death of drum technician Scott Johnson and other injuries for crew members, leading Radiohead to postpone later European dates.

Commercially, The King of Limbs landed a few spots below In Rainbows on the UK and US charts, but it still sold exceedingly well. In fact, co-manager Chris Hufford claimed that it was “probably the most successful record they’ve ever made.” Appropriately, press reviews were majorly supportive. For example, The Quietus declared, “It’s too early to say that this could be Radiohead’s best album to date, but I’m tempted.” To be fair, others were more critical — like Pitchfork, who deemed it “well-worn terrain for Radiohead” — but most writers felt good about it.

Happily, The King of Limbs has become even more intriguing and rewarding over the last decade, as its peculiarities are much easier to appreciate when considered in the greater context of Radiohead’s discography. Opener “Bloom” (which was inspired by BBC documentary The Blue Planet and retooled for Blue Planet II) is a chilling amalgamation of trip-hop, psychedelia, and classical soundtrack whose deceptively rudimentary repetition is ripe with luscious nuances and modulations. Later, “Little by Little” is warm yet increasingly uncomfortable, with one of the most tangible hooks on the record, whereas the seductively sleek “Lotus Flower” marries Yorke’s theatrical falsetto with the jazz-rap stylings of 1990’s heavyweights like Digable Planets, De La Soul, and A Tribe Called Quest. (Obviously, it also led to Radiohead’s most popular meme.)

Near the end, “Codex” is an arrestingly morose piano ballad in the vein of “Pyramid Song,” just as “Give Up the Ghost” is an acoustic dirge (with haunting vocal layers) akin to a gentler and sparse reimagining of “Let Down”. As for closer “Separator”, it ever so slightly conjures the funkiness of classic Stevie Wonder amid its surreal journey. Despite being the runts of the litter, “Morning Mr. Magpie” and “Feral” are fascinatingly ambitious and distinguishing, showcasing Radiohead’s longstanding knack for combining electronic and standard rock instrumentation in ways that influenced countless peers (ranging from Linkin Park to Anathema). Of course, the album also paved the way for Radiohead’s superior successor, 2016’s A Moon Shaped Pool, which upheld much of the same qualities but with slightly more concrete songwriting and instrumentation.

Undoubtedly, few fans would name The King of Limbs as their favorite Radiohead collection, but that’s more of a testament to the quality of its brethren than anything else. Honestly, even the most vocal detractors of the LP would probably agree that it’s a characteristically mysterious, striving, and reinvigorating effort. Like every other album the band have made, it’s both significantly individualized and sufficiently fitting when juxtaposed by its predecessors. The King of Limbs is not their greatest outing, but it’s nonetheless a crucial and representative piece of the inimitable Radiohead puzzle.

Pick up a copy of The King of Limbs here… 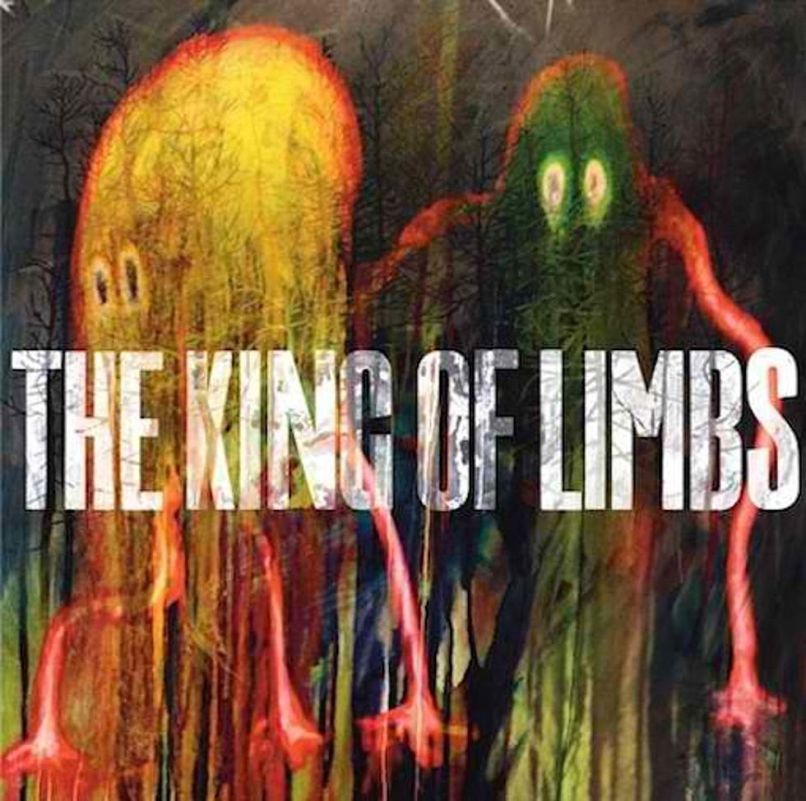