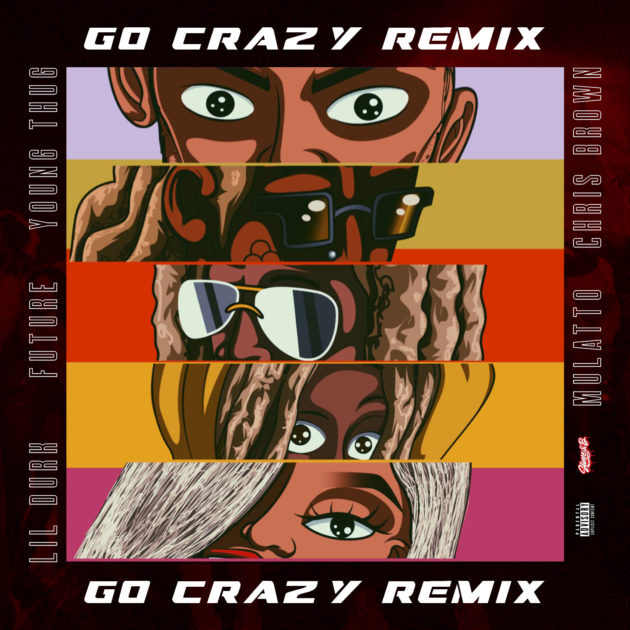 Chris Brown and Young Thug up the frenzy on their official remix to “Go Crazy”, now featuring Future, Lil Durk and Mulatto.

Keeping Breezy and Thugger’s original vocals, Durkio kicks off the star-studded collaboration with his opening verse. Mulatto adds her sassy bars for a female’s touch, while Hendrix delivers a lush verse for the encore.